"I have a degree in communications from one of the top programs in the United States. So does my wife, Grace. We are used to reporters with agendas and selective editing of long interviews."  Mark Driscoll link 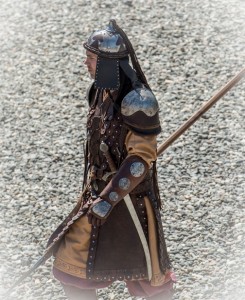 Mark Driscoll continues to live down to TWW's expectations. One would think that, as he ages, he would mellow, get a bit more in-touch with the Spirit and develop a bit of class. Alas, such a change does not appear to be on the horizon and he is getting older. In fairly short order, there was Driscoll's tasteless invasion of the Strange Fire conference here. Now, it appears that Mark is unable to stand up under the direct questioning of Janet Mefferd, a Christian radio talk show host even though he is a communications "expert".

The Justin Brierly interview dustup in which Driscoll insults British Christianity and then blames it on Brierly.

Before we begin, we would like to remind our audience that Driscoll had an infamous interview with Justin Brierly in 2012. The similarities to the Meffferd interview are eerie. Here are some comments he made back then. Funny thing, it sounds like the same old, same old, Driscoll mediocrity is in play. You see, it was all about pushing *his* book back then and that is what it is all about once again link. In this interview he is upset that the interviewer, a man, had exercised "authority" over him. Some things never change!

Then he plugs his book and is upset that the interviewer did not ask more about it. Perhaps he was hoping for some free advertisement?

“With the release of our book, Real Marriage, we have now done literally dozens of interviews with Christians and non-Christians. The interview in question had nearly nothing to do with the book or its subject matter, which in my understanding was supposed to be the point of the interview.”

“But the one that culminated in the forthcoming article was, in my opinion, the most disrespectful, adversarial, and subjective The only questions asked were about any controversial thing I’ve ever said in the past 15 years with a host of questions that were adversarial and antagonistic.

This one takes the cake. He is mad that the reporter “exercised his authority" over him. Read that one again!!!

“It felt like a personally offended critic had finally gotten his chance to exercise some authority over me.”
(Poor Mark, he was finally on the receiving end of “authority” and didn’t like it.)

It is our understanding that Driscoll's PR people offered Mefferd the considerable "opportunity" to interview Driscoll link about his new book A Call to Resurgence: Will Christianity Have a Funeral or a Future? As you will see, it did not go so well. Driscoll implied that he did Mefferd a favor by appearing on her show and that he was stunned that she might bring up a question about potential plagiarism in his book. Driscoll loses it and lays into Mefferd, eventually hanging up on her after implying that she is the problem, not him. This is typical spiritual abuse codswallop which is served up on a regular basis by Driscoll.

As you listen to this interview, it is important to understand that Mefferd considers Peter Jones one of the most godly men that she knows, and she is intimately acquainted with his writings, which include One or Two and The God of Sex. That is why she was able to spot the 14 pages in question. At one point, Driscoll admitted that he might have made a "mistake". Fourteen pages is a mere blooper?

Deb compiled a few comments from the broadcast. We believe in giving credit where credit is due, and here is a sampling of Mark Driscoll’s remarks during his interview with Janet Mefferd link

Strange Fire Conference and an even stranger Driscoll retort.

For those of you who do not remember, Mark Driscoll and James MacDonald invaded John MacArthur's Strange Fire Conference, attempting to "educate" the attendees as to their objections with MacArthur's theology while distributing free copies of Driscoll's books (It is always about the books, isn't it? They build mansions, don't they?) Mefferd asked Driscoll about this incident. He accused her of succumbing to tribe mentality since she appeared to be supportive of MacArthur. Good night! Pot, meet kettle.

She pressed him further, asking him if he had considered alerting MacArthur as to his intentions. Driscoll responds by stating that he had used "social media." He claims to have in excess of 700,000 followers on Twitter and believed that they would have conveyed the message to Strange Fire. Hundreds of thousands of followers are simply waiting to carry Driscoll's water?

Driscoll claimed he had a head cold and the flu.

I am a nurse and I have seen sick patients act with far more class and kindness than this man. Driscoll's history of such remarks does not give him a pass for a head cold. He has done worse in good shape. Besides, I thought he was a big, strong, manly leader who can punch out opponents. Surely he could overcome a little cold.

Mark Driscoll is a fan of D.A. Carson link. So I decided to see what D.A. Carson has to say about plagiarism link. He thinks it is "wicked" and believes a pastor should be fired or should resign if he is caught in plagiarizing a sermon.

Taking over another sermon and preaching it as if it were yours is always and unequivocally wrong, and if you do it you should resign or be fired immediately.

The wickedness is along at least three axes: (1) You are stealing. (2) You are deceiving the people to whom you are preaching.

If preaching is God’s truth through human personality (so Phillips Brooks), then serving as nothing more than a kind of organic recording device in playback mode does not qualify.

Mars Hill takes intellectual property  seriously, having threatened to sue a church in California that had a similar trademark logo link

Officials from the Ballard, Washington, multi site church say a member called attention to the Sacramento church's website, asking if the churches were connected. When elders saw a logo similar to their own, which has been in use since 1996, they sent a cease-and-desist letter to Sacramento's Mars Hill Community Church, which has three locations if its own. Mars Hill Seattle filed an application to trademark its name and logo in August.

Here is a statement from the recipient of the "cease and desist" letter.

Our concern stemmed from a letter we received from Stokes & Lawrence asking that we cease all use of our name, domain names and all artwork. The letter stated we had a two-week window for compliance. It was very unsettling knowing that, if enforced by a court (which it appears it could), it would cost our ministry and our two satellite plants thousands of dollars to rebrand, redesign, reprint and re-educate our regions of the changes."

Mark hid behind his lawyers and threatened to sue another church. Why? Is it because California is ripe for Mark Driscoll satellites?

The legal team (they need lots of lawyers, I guess) for Mars Hill and Mark Driscoll will sue your sorry dupa if you infringe on their copyright link.

I enjoyed reading this thorough page on their rules. It is obvious that this crowd is not going to cut anyone any slack. Here is a "Fair Use" excerpt from their website. We must be very careful. Note to legal team: We want to give Mark Driscoll and associates full intellectual property rights on this one.

If you have any questions concerning the usage or licensing of material or other Content contained on the Site, please submit your questions in writing to our Legal Team at legal@marshill.com.

Wenatchee the Hatchet:(ed. note: Wenatchee is an expert on all things Mars Hill)
What I find troublesome about Grace Driscoll's appropriation of Dan Allender's terms and concepts is not simply that she never gives him any credit, it's that during 2011 when the Driscoll book was in its run-up for promotional touring Mars Hill Graduate School changed its name to remove "Mars Hill". 2011 was also the same year that cease and desist letter got sent out. It cumulatively raises the question of whether or not Mars Hill leadership isn't a bit more cavalier about the intellectual property of other people than it wishes to be about its own content. I find the Mars Hill double standard about the sadness of others copying Mars Hill material while not acknowledging Grace Driscoll's clearly testified debt to the work of Dan Allender puzzling. All it would have taken was a single footnote or endnote, after all.

I was very happy to hear Janet Mefferd ask Mark Driscoll some tough questions during her interview.  I was even happier to hear her stay the course as Mark Driscoll attempted to use a tactic common to narcissistic, authoritative men in positions of church leadership.  The tactic is to attempt to turn the conversation from the question at hand to one of questioning the questioner’s spiritual condition.  In this case when Mefferd was pressing Driscoll on the plagiarism issue he attempted to change the subject matter by stating “You’re being accusatory and unkind.” And then he implies that all is not lost for the weak Christian sister because she can turn this into an opportunity to grow.  Undoubtedly this technique has worked for Driscoll 98% of the time, but it didn’t work with Janet Mefferd.  Unaccustomed to having someone stand their ground Driscoll did what most narcissistic bullies do, terminated the conversation by hanging up his phone!

Once again, Driscoll causes an uproar. TWW believes that Driscoll is in desperate need of accountability. This guy lurches from crisis to crisis and all of his buddies and leaders turn a blind eye. John Piper said that he loves Mark Driscoll's theology. However, I believe that one's true beliefs come to the surface when one is challenged.

The trouble with most of us is that we would rather be ruined by praise than saved by criticism.

A pastor who lashes out at his critics, hides behind lawyers and sycophants, or becomes angry at those who ask him honest questions is a weak man who has not understood how to apply the Gospel to his life. This Gospel should bring out humility and love instead of defensive and "manly" bombastic posturing.

I contacted the publicity department at Tyndale House Publishers and requested a comment on the matter. Todd Starowitz of Tyndale provided the following statement:

Tyndale House Publishers was provided a recording of the show by representatives of Pastor Driscoll. A number of people at Tyndale reviewed the tape and were stunned, not only by the accusations, but by the belligerent tone of Ms. Mefferd’s questioning. When Ms. Mefferd asked Pastor Driscoll her first question to accuse him of plagiarism, she did not invoke Peter Jones’s name. The first person that Pastor Driscoll credited in his response was Mr. Jones. Pastor Driscoll also credits Mr. Jones in the section that Janet refers to in Mark’s book, A Call to Resurgence.

Tyndale has taken immediate steps as in the process of reviewing the section of Pastor Driscoll’s book that has been called into question. Pastor Driscoll has also reached out to Mr. Jones and we expect to be able to release some information on his reaction to the interview very soon.

He went on to say that though Mefferd accused Driscoll of hanging up on her at the end of the interview, in the raw audio provided by representatives of Driscoll, he is clearly heard saying, “I’m still here.”

Dee comments on 11/23: The best thing that could happen to Driscoll is to have his microphone turned off. He is his own worst enemy.