When I was having my hair and make-up done backstage at a fashion show, I would sneak in a copy of Dostoevsky and read it inside a copy of Elle or Vogue. But it would be pretentious of me to say I was more intelligent than the other supermodels. Carla Bruni link 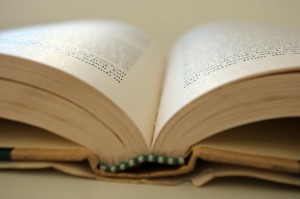 The first pastor called to tell me about a church he was forming and asked if I might consider attending. I reviewed his thoughtful website and discovered that a literal 24 hour, 6 day creation was a stated doctrine of that church.That means it is important to them. I called him back and explained that I could not attend his church with a view towards membership because of their expressed stand on YEC. He told me that it wouldn't matter. I said that it would become an issue when the subject inevitably came up. I would be forced to express my differences and that would cause conflict. The discussion would be a set up for divisiveness in the church and it is not my intent to attend a church, knowing that my beliefs would likely cause disunity. I told him I respected his honesty and wished him God's blessing in his endeavor.

Why was I glad his church stated things upfront? Because I had been a member of another church that did just the opposite. This church had nothing in its documents to educate anyone about their single minded focus on YEC.

Every year for 6 weeks, starting in the elementary grades in the Sunday school, all the way through high school, children were taught an Answers in Genesis type curriculum in which they were told that any other belief was unBiblical. Also, every year there was a multi-month adult class that taught the exact same thing. And were there ever problems!

My husband and I met with our pastor who confirmed that the church only taught YEC. I asked why this wassn't mentioned when people were considering church membership. He said he didn't want it to prevent people from joining the church! So, it was a stealth approach. Perhaps the pastor was naive and believed if they taught errant old earthers (Old Earthers) the "truth", they would see their error and jump on board. However, all it did was miff me off. My husband and I never would have joined the church in the first place. That would have prevented conflict all around. Now the pastor gets to read me mouthing off on this blog on a regular basis.

Have any of you ever been recruited by Amway folks? I have. Here is the routine. You are approached by someone that you have met in the past. They are so excited to see you and ask you to go to lunch with them where they pull a bait and switch. Suddenly, you are stuck in Panera Bread with a zealot who you thought just wanted to be a friend. Real truth has been traded for a carefully worded fake out. I was used. They wasted their time and mine.

Recently, I was reading a document on the Founders website called A Quiet Revolution: A Chronicle Of Beginnings Of Reformation in the Southern Baptist Convention written by Ernest C. Reisinger & D. Matthew Allen link. The Founder's Ministry is led by Tom Ascol who is a well respected in Reformed circles.

Here is a brief biography of Ascol in Wikipedia

In June 2008, Ascol was successful in spearheading Resolution (No. 6) "On Regenerate Church Membership and Church Member Restoration" and an accompanying amendment that encouraged Southern Baptist Convention churches to repent for failing to maintain biblical standards in the membership of their churches and obey Jesus Christ in the practice of lovingly correcting wayward church members.

(As an aside-I had no idea that the Gospel was lost and plan to begin looking for it immediately after making my lasagna this evening.)

Please understand that I have no beef with any church and their selection of primary and secondary doctrine. I may disagree with the doctrinal emphasis or even the core theology of a particular church but I would vociferously defend their right to express and celebrate their beliefs. I would also "elect" not to attend a church that subscribed to the set of beliefs that are described in TULIP, etc. I would be unhappy. Also, given my propensity to verbally emote, in excruciating detail, my disagreements and affirmations, it would stand to reason that the church leaders would be dispirited by my presence as well.

I would expect that most people of good will would understand the distinct upside of leveling with one another. After all, Jesus did say that He was the Truth. That is why I was concerned about one paragraph within this document. In Chapter 4, here, Walking Without Slipping: Instructions for Local Church Reformation:

Clarity. In the pulpit, don't use theological language that is not found in the Bible. Avoid terms such as Calvinism, reformed, doctrines of grace, particular redemption, etc. Most people will not know what you are talking about. Many that do will become inflamed against you. Teach your people the biblical truth of these doctrines without providing distracting labels for them.

I could be wrong but I do believe the writers appear to be implying the following:

Their solution seems to be: "Don't tell them but still teach them the truth." Or one could revert to that old game called "20 Questions." (Freak out the next candidate who will not answer your questions. Ask this. "Are you supralapsarian?")

I personally vouch for the truthfulness of the following story.  A pastoral candidate visited a church which was not a Calvinist church. There was a Q&A and people were asked to submit questions. All questions were answered except one, hers. That question was:

Are you a Calvinist?

When asked why her question was not answered, she was told there was not enough time. The rest of the questions centered around a People Magazine approach. "How many kids do you have?" Yes, the pastor was a Neo-Calvinist and changed the direction of the church.

Jason Allen's blog presents a "Tell them the truth. Wait, maybe not." approach. In Are you a Calvinist? Rethinking Theological Labels, link, he appears to stress the need for truthfulness.

One can be accurate without being forthright, and, the truth is, if one desires to be intentionally ambiguous, it’s not too difficult to be truthful—yet unclear. While this game might assuage the conscience, in the end it will help neither the church nor the minister that seeks to serve it.

Truth in advertising is a standard we expect of the world; let’s expect even more of ourselves. When it comes to a pastor’s rapport with his congregation, trust rides out of town on horseback, but returns on foot. The best way to get off to a good start is by being relentlessly biblical and forthright about one’s beliefs.

Then he says something which could be considered, by some, to be contradictory

WHAT IS MOST WISE

When dialoguing about theological convictions, one owes it to others to be honest and forthright, but one also owes it to himself to be wise. To sign on to a label that has morphed in meaning beyond one’s own comfort zone, or has been hijacked by others altogether, may be unwise and, in its own way, misrepresentative.

To conceal one’s theological convictions is at once disingenuous and cowardly, and no self-respecting minister should be either. Rather, let’s be Bereans, studying the Scriptures and articulating our convictions in ways that are most biblical, most forthright, and most wise.

But the example at the beginning of the post is confusing

I am so glad you are here to preach for us today. I have looked forward to meeting you. Before you preach, though, I have one question for you. Are you a Calvinist?”

That question is not an uncommon one, but it’s a question that might be more difficult to answer than first thought. To this gentleman, I reflexively replied, “To be honest, sir, I have no idea what you mean by that question.” He smiled and responded, “I have no have idea what I meant by the question either.”

We both chuckled, then I retorted, “I’ll be happy to discuss this as much as you’d like after the service, but know that I believe in preaching the gospel to all people and that anyone who repents of their sins and embraces Christ as Lord and Savior can be saved.” Reassured, he smiled and said “that is all I wanted to hear.”

So, it appears that the member and the pastor can now join hands and skip merrily through life; that is until the member does some reading.

I tried to find an example in which an Arminian tried the same approach. I have no interest in singling out one group which is why I mentioned the creationism debacle at the beginning of the post. In the interest of being fair, if anyone has an Arminian example, please let me know and I will add it to this post or do a separate post. However, during my search, I found the following post Controversy Over Calvinism Brewing in the SBC link written by Roger Olson.

I, for one, have no problem with Calvinist Baptist churches and Calvinist pastors in Baptist churches.  There have always been some.  The only time it becomes a problem is when Calvinists or Arminians sneak into pulpits hiding their theologies and then “come out of the closet” with them, surprising the congregation by attempting to enforce their distinctive view of God’s sovereignty on an unsuspecting and unprepared congregation.

This is happening a lot these days.  For the most part it is Calvinists doing it.  I have heard no reports of Arminians sneaking into pulpits hiding their Arminianism and then attempting to enforce it on a largely Calvinist (or “Calminian”) congregation.  So far as I know this never happens.

Here's the bottom line. If anyone believes that God is both omnipotent and sovereign, then said person must believe that God is able to work with those who speak the truth and those who hear the truth. Let's stop playing games and tell each other what we really believe. It is the obfuscation of the truth which leads to unnecessary strife. Never forget that such a tactic means that you could get me as a member and I can be a real pain in the tookus.

She was offered a way out by her brother. She had options to protect her children but chose not to.
View on Twitter
16
0