"Husbands, love your wives, just as Christ also loved the church and gave Himself up for her…" 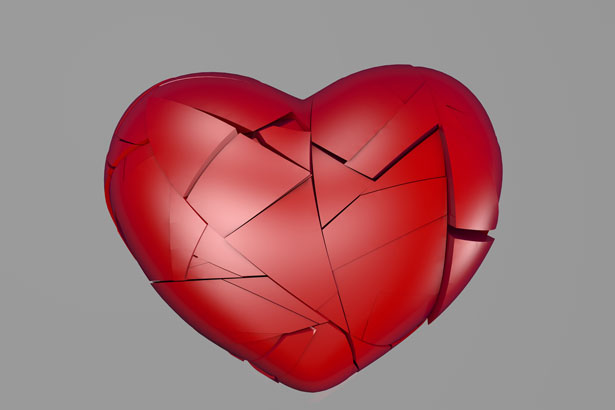 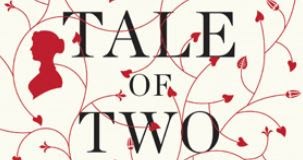 Over a decade ago an eighteen-year-old southern Oklahoma girl became engaged to her high school sweetheart. During the engagement there were signs of trouble, but this young Christian lady didn’t wish to disappoint her family and friends by breaking the now public promise to marry.Everyone seemed to love her fiancé. Though he hid from others his tendency to dominate and control everything about her, she excused his crass behavior with the thought that  “at least he isn’t physically abusive.”

That changed after marriage. Without going into details, the last straw for her was a threat involving a gun. Literal fear of death shook the abused wife into action. She left her husband of less than two years, enduring the shame of an early divorce. At least there were no children; at least there were no serious crimes committed; at least there was time to start over again. She dared to dream the God of all grace would somehow find a way to provide for her a future family.

A few years later the subject of our story met the love of her life. He was everything her first husband was not — gentle, funny, self-effacing, humble, and most of all, a lover of Christ and a practitioner of God’s grace. After a delightful courtship, they were married. The young couple moved to Fort Worth, Texas so that the husband could obtain his post-graduate degrees from Southwestern Theological Seminary. God blessed their marital union with a child, a girl, and then a couple of years later He gave the couple their second child, a boy.

Life for our Oklahoma mother of two was joyous in Texas. She had a husband who loved her, a growing family, and a positive outlook on life. She and her husband became involved in church ministry on weekends while he studied and went to school and she cared for the home and kids during the week.

Her husband had a tenor voice that enabled him to sing like an angel and he conducted and played the piano with great passion and proficiency. One day he was asked to fill in at the last-minute for a sick seminary faculty member who was to lead the campus chapel services. As he led worship and sang a solo for the chapel service,  those in attendance were captivated by his voice and demeanor. One person super impressed by the young man was Dr. Paige Patterson, President of Southwestern Baptist Theological Seminary.

The President began calling  him “my favorite tenor.” He became the only student during his time at Southwestern Theological Seminary asked to regularly lead worship during the seminary chapel services. After graduation with his Master’s Degree, our subject's husband continued on with his doctorate at SWBTS, at which time President Patterson sought him out and personally offered him a faculty position at Southwestern as soon as he could finish his coursework.

Dr. Patterson asked the young man to do all he could to expedite the doctoral process. Other leadership in the music department confirmed their support and excitement for having him on the faculty. This excited our Oklahoma girl. She was proud of her husband. He worked even harder to finish his doctorate  sooner, and he continued to work as a bi-vocational minister of worship on weekends in addition to taking the role of Doctoral Teaching Assistant in several seminary classes.

God was good. Life was good. Ministry was good. Our Oklahoma girl's heart was knit to her husband's heart. She was happy how God had graciously answered her prayers and given to her a loving husband and a beautiful family.

This young mother of two became the victim of abuse for a second time.

Here’s how it happened.

It seems that about a year into her husband's pursuit of his doctorate–several months after being told that a faculty position awaited him–her husband felt led to write a blog post about how God had delivered him from Gothardism and the legalism in which he had been raised. During the course of sharing his testimony on his blog, he briefly mentioned some of the abuse his wife had endured in her first marriage. He then beautifully articulated how God had begun restoring his wife's shattered life before they even met,  and he wrote with passion how the grace of God had allowed for continued healing in his wife after their marriage. God was restoring her trust in men.

Several months after writing this blog post, just as he was nearing the completion of his doctoral coursework, the job offer at Southwestern was taken off the table. After several attempts at trying to arrange a meeting with Dr. Patterson for an explanation, the day finally arrived when "the golden boy" of the music department at Southwestern received an explanation for why he was no longer welcome on the faculty. He was standing before the President in the President's office.

“I believe you made a mistake, son. You married a divorced woman. I know you’ve never been married before, but you married a divorced woman.  You received bad counsel from the pastor that agreed to marry you. You should have never married her. The faculty at my school must present a seamless picture of marriage, and your marriage does not do that.”

The shocked future professor of music reminded the President that it was his first marriage, and gave more details about the abuse suffered by his wife in her first marriage.  Dr. Patterson interrupted him and continued:

“I don’t believe it matters, son. I know 90% of the Southern Baptist Convention would disagree with me on this issue, but I’ve never hired a divorced person on my faculty or anyone who has been married to a divorced person in my 50 years of ministry, and I can’t do so now.”

Dr. Patterson then reiterated that the man standing in front of him was one of the most talented composers, vocalists, and conductors he had ever met, but he was sorry that things would not work out for him to be on faculty at Southwestern Baptist Theological Seminary. The promised faculty position was being revoked because of the damage his marriage would give to the seminary's image of purity.

Since that meeting in 2011, Dr. Patterson has not spoken with the young doctoral student to whom he broke his promise. The young man graduated last December (2012) with his doctorate from Southwestern Theological Seminary. He’s gifted. He’s now experiencing his dream of teaching music at the collegiate level in Southeast Houston. He’ll be fine. His career will soar. He, however, is not the focus of our tale.

She has been abused again.

Nobody at SWBTS, especially the President, seemed to give even one thought about what the revocation of the faculty position might communicate to the musician's wife.  I wish Dr. Patterson and the men around him had been forced to watch as the young man gave the bad news to his family. I wish they'd had to endure the emotional and gut-wrenching agony that the husband and the two children experienced as they watched mom cry her tears of pain.

Even though her husband tried to break the news gently, the message from the President’s office was clear — she was the problem; she wasn’t good enough; she was worthless; she was a mistake. Her husband’s problems were all her fault.

Those were the messages given and received. Were they abusive messages? Absolutely. They were the SAME messages the woman's first husband gave her when he was abusing her.

I must ask the question, “Which abuser bears the most guilt?” Is it the first husband or is it the President of Southwestern Seminary? What amazes me is the number of  Christians who would have a hard time identifying the actions of the President as abusive. Worse, some Southern Baptists might even defend him. If one wonders why the Southern Baptist Convention is in a period of decline, one needs to look no further than this story.

Our young Oklahoma girl is strong. She’ll make it. Her kids are getting older. Her husband has kept his sense of humor. Most of all, her God is able to work all things for good.

Remember the blog post that her husband wrote in which he briefly mentioned his wife's first marriage, abuse, and divorce? That post struck a chord in hundreds of people who have been on their own journey out of legalism, abusive authority and into grace? Some of those people who've been helped by his post have joined together to start a blog called Recovering Grace. This blog is bringing hope and healing to thousands of Christians around the world.  God does indeed work all things for ultimate good.

My Tale of Two Abusers is a story with an ending not yet fully written, but it contains a promise of God’s faithfulness. For your listening pleasure I close with a video entitled You Raise Me Up,  sung by the gifted man who received his doctoral degree from Southwestern Theological Seminary last December and the one who is married to our Oklahoma girl at the center of the Tale of Two Abusers. Godspeed.