“The power of patriarchy has been to make maleness feared and to make men feel that it is better to be feared that to be loved. Whether they can confess this or not, men know that just is not true.” ― Bell Hooks link 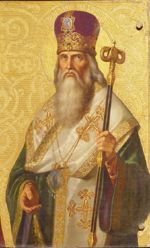 A number of bloggers, behind the scenes, have been discussing patriarchy which is experiencing a rise in popularity in today's churches. At the behest of Julianne Smith, Jeff Crippen, Barbara Roberts and others, A Cry for Justice, Spiritual Sounding Board, and The Wartburg Watch, are participating in this “synchroblog” in an effort to bring light to, and establish a link between spiritual abuse and patriarchy.

Jeff Crippen from A Cry for Justice blog wrote a thoughtful description of patriarchy to assist in our discussion here.

The term “patriarch” is a valid, historic word with a simple, non-philosophical meaning. A patriarch is a “first father” and it refers to the “fathers” or founders of some movement, institution, or political entity. George Washington was a “founding father” of the U.S.A. and thus, a patriarch. In this sense, “patriarch” can be a broad term that theoretically could include a woman who was one of the founders of something.

But when we use the word “patriarch” and add various suffixes to it, the thing morphs into something else entirely. Patriarchal, patriarchy, patriarchalism, and so on. These words describe a society of some kind (a family, a nation, a local church, etc) in which father not only knows best, but is best. And, more properly, where men are best. in contrast to women. Patriarchy in a family, for instance, exalts the husband to a innately (by virtue of being male) superior status above his wife (by virtue of her being female). In a patriarchal society then, men are seen as entitled to power and control over women. It is the man, the husband, the father whose mission in life truly matters to God, and therefore the woman, the wife, the mother, the children exist to further that mission. Their personhood, in other words, does not exist independently, nor even symbiotically, but rather as an “attachment” to the main program.

This is all in contrast to the biblical teaching that both men and women are created in the image of God. Neither is it an accurate application of the scripture’s doctrine of a husband being the head of his wife which, in contrast, emphasizes that headship as working itself out in loving, sacrificial service apart from a lording it over. Patriarchy denies the reality of the Apostle Paul’s words:

Gal 3:28-29  There is neither Jew nor Greek, there is neither slave nor free, there is no male and female, for you are all one in Christ Jesus.  (29)  And if you are Christ’s, then you are Abraham’s offspring, heirs according to promise.

This text is distorted frequently of course. There ARE differences between men and women! But Paul reminds us here that there is no “—archy” of any kind in Christ. There is no “power over.” In fact, other scriptures tell us that the “archy-ites” (the ones who are first now) will be last in the kingdom. Men and women, husbands and wives, parents and children, all who are truly in Christ are full heirs of every blessing in the heavenly places, and in the new creation which is on its way.

In fact, there is more than spiritual abuse tied to patriarchy. Jeff Crippen also wrote the book, A Cry for Justice: Domestic Violence and the Church which TWW reviewed here, here and here, which linked domestic violence to patriarchal teachings as well.

I can hear someone thinking, "Whoa, Dee, patriarchy is something only found in fringe groups that espouse stay at home daughters, quiverfull families, and long skirts and hair for women and girls.Today's very hip churches are complementarian which is not the same thing, right?" WRONG.

Deb wrote a post Russell Moore Tells Women to Stop Submitting to Men link. The following is an excerpt from that post.

David and Tim Bayly — patriarchal Presbyterian pastors — took great pleasure in Russell Moore's words (quoted above) in a post they published on May 27, 2008.  Here is Moore's quote in the context of their blog post: link

"(Tim, w/thanks to Chris) Here's an interesting statement by Southern Baptist Seminary's Russell Moore unburdening himself about the nomenclature of the sex battles; and more particularly, expressing his extreme dislike for the word 'complementarian' and preference for 'patriarchy.' He's exactly right.

Mark Dever: So then, why is it you don't like the word complementarianism?

In case you're not familiar with Dr. Russell Moore, he is "the Dean of the School of Theology and Senior Vice-President for Academic Administration at The Southern Baptist Theological Seminary. He also serves as a preaching pastor at Highview Baptist Church, where he ministers weekly at the congregation’s Fegenbush location." link

Several years prior to the Bayly Brothers' post, Russell Moore published his own post entitled Reimagining Patriarchy (on November 22, 2005).  He begins with these words:

"At last week’s Evangelical Theological Society, I argued for a word contemporary Christians greet with fear and loathing: patriarchy."

The paper Moore presented was entitled:  "After Patriarchy, What? Why Egalitarians Are Winning the Evangelical Gender Debate".  I remember reading this paper in the fall of 2008, and even then I couldn't get over the fact that Moore held up C.J. Mahaney and Sovereign Grace Ministries as role models of ministry.  Here is what Moore wrote on page 6 of his patriarchy paper:

"It is noteworthy that the vitality in evangelical complementarianism right now is among those who are willing to speak directly to the implications and meaning of male headship—and who aren’t embarrassed to use terms such as “male headship.” This vitality is found in specific ecclesial communities—among sectors within the Southern Baptist Convention, the Presbyterian Church in America, the charismatic Calvinists of C.J. Mahaney’s “sovereign grace” network, and the clusters of dispensationalist Bible churches, as well as within coalition projects that practice an “ecumenism with teeth,” such as Touchstone magazine. These groups are talking about male leadership in strikingly counter-cultural and very specific ways, addressing issues such as childrearing, courtship, contraception and family planning—not always with uniformity but always with directness."

Recently, Moore became the President of the Southern Baptist Ethics & Religious Liberty Commission. He served as Chairman of the Board for the The Council of Biblical Manhood and Womanhood. He has written extensively for The Gospel Coalition and his writings are promoted by Sovereign Grace Ministries and 9 Marks.  He counts Al Mohler as a friend. From what we can tell, none of these men or entities have repudiated Moore's promotion of the word "patriarchy" over "complementarianism."

So why is this important? TWW contends that the push for patriarchy in today's conservative churches is growing and should be addressed by Christians of good will. Especially as scriptural "evidence" for patriarchal is often twisted and perverted, resulting in the abuse of both women and children. Men like Moore will deny that adherence to patriarchy leads to abuse. I fact, many self identified patriarchs will decry abuse. We contend such a perspective is naive.

Barbara Roberts at A Cry for Justice gives examples of twisted Scripture link. Here are a few.

. . . do not make light of the Lord’s discipline, and do not lose heart when he rebukes you, because the Lord disciplines the one he loves, and he chastens everyone he accepts as his son. Endure hardship as discipline; God is treating you as his children. For what children are not disciplined by their father? If you are not disciplined . . . then you are not legitimate, not true sons and daughters at all. A husband can discipline his wife, punishing her in whatever way he chooses when he thinks she needs correction, because it is good for her to be disciplined. She should see that discipline as love, not as cruelty. She should welcome it because it will help her be a better wife.  (twisted from Hebrews 12:5-8 and Proverbs 13:4)

Jesus entered the temple and drove out all who sold and bought in the temple, and he overturned the tables of the money-changers and the seats of those who sold pigeons. Since the husband is to be like Christ to his wife, the husband can use violence against his wife when he is displeased with her. (twisted from Matthew 21:12)

One of the oft quoted verses used to justify patriarchy is Genesis 3:16 (NIV)

To the woman he said,

“I will make your pains in childbearing very severe; with painful labor you will give birth to children.
Your desire will be for your husband, and he will rule over you.”

That type of complementarian view was founded upon Susan Foh's interpretation of Genesis 3:16 as a desire among women after the fall to control their husbands. It is often linked with patriarchy.

Here, at the blog, Gospel Grace, is a very good history of the historic thinking on this verse and how it changed as a reaction to the feminist movement in the 1970s. The following is an excerpt. I highly recommend that you read the entire short post at the provided link.

The historic understanding (with exceptions here or there) is that the word translated here as “desire” means a “strong urge or desire for,” an inordinate desire for the man himself. Some have nuanced it a bit differently, but “the most likely interpretation of the woman’s desire is desire for intimacy, companionship, which would include a sexual component. This is best supported by the lexical evidence.” [1] And because this idolatrous desire makes the woman vulnerable to the man, he is able to capitalize on her idolatry and vulnerability and rule her far in excess of God-ordained marital authority. This is exactly what history shows us. Men have done this for generation after generation not just individually but collectively. The sin of Eve was not usurping the authority of her husband (as Susan Foh and other modern interpreters have said). Luther makes it clear that the sin was unbelief.

In its zeal to fight a more radical second wave feminism in the 1970′s, and in their good desire to rebuild families and marriages, the Church took on a defensive stance and began pushing a vision of men and women which ended up backfiring on them. Re–defining the word “desire” as a desire to usurp the authority of the man, exacerbated the situation. The relationship between man and woman was framed as the woman refusing submission and the man having an obligation to subdue her, and this inflamed the already strained relationships between the sexes. Almost a generation later, those who grew up in the church under this understanding of men and women have seen the hypocrisy of this paradigm.

We invite our readers to share with us some of their versions of "twisted Scriptures."