The Pauline "unequally yoked" standard is a good and biblical one for Christians. Adding layers of meaning to it? Not so much. Mark Regenerus link 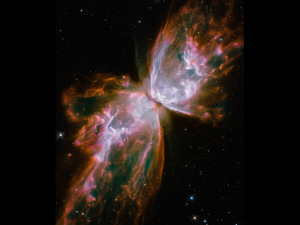 We ask our readers to bear with us over the next three weeks. Deb's daughter is getting married and I, Deb's best buddy, am hosting a shower, featuring Gigi's Cupcakes (a cupcake which, if consumed in its entirety, will necessitate repentance)!  Interspersed in there will be family vacations. We will keep the blog going but our commenting will be a bit sparse. During this time, we may feature some unrelated posts instead of a series. We will also have a guest post or two. We plan to look at church roles and views on elders, pastors, etc in the following weeks.

Secondly, due to our schedules on Sundays, we will be slow in approving comments and will not be able to comment as much.

Melinda and Mark: A True Story (names and details changed)

Melinda is a dedicated Christian woman who volunteers with impoverished children. Due to health issues, she has had a hard time meeting eligible single men. One day, she took these children to a free clinic for checkups. In the course of the examination, she interacted with a pediatrician. At the end of the visit, he asked if he might call her. He did so and they planned their first date. Her girlfriends, all part of a conservative church, told her she shouldn't go out on a date with him because she didn't know if he was a Christian. She ignored them.

They dated several times and he admitted that he was not a Christian. She explained that she could not become serious with him because she was committed to marrying a Christian. However, her lifestyle and kindness so impressed Mark that he began to meet with her pastor and some of her other friends. Several months later, he was baptized and is now involved in the church. He is also planning to take a mission trip. Melinda and he are planning to be married in a couple of months.

A few of her conservative friends still disapprove of the relationship. Here are two of their "observations."

Dee will answer #1 at the end of the post. Mark Regenerus will discuss the problems with #2.

Our children are in the that time of life when they are beginning to date with an eye towards marriage. Out of 5 children between us, one is about to be married and another one is headed that way. As we talk with them, we realize that some churches are setting up standards for one's future spouse. Females in many conservative complementarian churches are to "acquire" a man who is their "spiritual leader." Of course, just like other catch all words, a "spiritual leader" is ill-defined.

I asked one young woman, who said she wishes to marry such a leader, to define a spiritual leader in a marriage. She looked like a deer caught in the headlights. She muttered something about "He asks me about my prayer life and makes sure I read my Bible." I asked her what happens to women who do not marry. Do they have bad prayer lives or forget to read their Bible? She looked distinctly uncomfortable so I dropped the subject. But I became convinced that she was a victim of Christianese, spouting the standard without understanding how it is applied. It just sounds "right."

Before I begin, I want to stress we are not making any statements on the issue of  interfaith marriages. We both know of such couples who have been successful and not successful. The purpose of this post is to highlight a very important, rarely discussed observation by Mark Regenerus which will affect people considering marriage within the evangelical sector.

I had read a number of articles on the difficulty Christian women, in particular, we having finding spouses. Christianity Today recently published an article that gave some potential reasons for this concern.

Is Interfaith Marriage Always Wrong, Given that the Bible Teaches Us Not to Be 'Unequally Yoked?' Link

The article featured responses from Mark Regenerus link, Naomi Schaefer Riley link, and Russell Moore link. TWW has covered Russell Moore's views on many subjects. Therefore I knew that his answer would be an emphatic "no." So, I was more interested in the views of Regenerus and Schaefer. It was Regenerus' response that startled me. However, it helps to begin with Russell Moore's response in order to better understand the wisdom of Regenerus' approach.

Moore is Neo-Calvinist in his viewpoint. He takes a hard line approach to the roles of women, both within marriage and within the church. In fact, TWW has documented his strict views on this subject. Here is one post Russell Moore Tells Women to Stop Submitting to Men. He was trying to be clever but he means just the opposite of what he said. In fact,

Moore actually does not like the word "complementarian. He prefers the term "patriarchy."

Here are a couple of Moore's quotes from another of TWW's posts.(He believes a young woman should submit prior to even meeting her future husband which would make for a good episode on X Files.)

For Moore, the husband and wife are to be… get ready… you can see it coming… get ready to duck….under the authority of the church. And, if the spouse is not a Christian, they can't "disciple" them. (Quotes from the CT article).

Marriage is not a merely social or biological construct, but an icon of the union between Christ and the church. Both husband and wife are held accountable to the community for the marriage itself.

But in a marriage of a believer to an unbeliever, the church has authority and discipling capacity over only one party. Without the indwelling Holy Spirit and the reign of Christ through his Word, only one party is able to live out explicitly the picture of the gospel embedded in the marriage.

It is important to understand that Moore is adding to the "marry a Christian" rule. A woman must now be submitted prior to meeting her husband. The marriage is supposed to be under the authority of the local church. Be assured. Moore has lots off rules and those rules, adopted by other Calvinistas and authoritarian based beliefs, may be causing trouble and pain, especially for women.

Naomi Schaefer Riley is a former Wall Street Journal editor and writer whose work focuses on higher education, religion, philanthropy and culture. All quotes are from the Christianity Today article.

According to a survey I commissioned in 2010 of 2,500 married Americans, about 42 percent of marriages today are between people from two different faith tradition.

About 30 percent of evangelical Christians are married to someone of another faith. Roughly one third of all evangelicals' marriages end in divorce, and that climbs to nearly half for marriages between evangelicals and nonevangelicals.​

In my survey, interfaith couples did not report disagreeing about religion very often. Rather, the practices and rituals are more likely to affect our day-to-day lives and therefore our marriages. Religion informs how we spend our time, how we spend our money, where we decide to live, and how we raise our children. Disagreements over such issues can lead to unhappiness and divorce.

Riley did a good job of reviewing the potential pitfalls of interfaith marriages by using statistics to outline the particular concerns instead of being dogmatic.

Mark Regenerus is associate professor of sociology at the University of Texas at Austin, and a research associate of the university's Population Research Center and is well known for his studies on sexuality. Although Regenerus recognizes the issues surrounding interfaith marriage, he sees another serious problem with marriage between believers. (All quotes from Christianity Today)

But as marriage has shifted in purpose over time, many Christians have added layers of meaning onto Paul's wise command. "Unequally yoked" has evolved into a graded criterion for an optimal mate rather than a simple test for an acceptable one. This is a problem.

Why is this a problem?

Spiritual maturity is not equally distributed among men and women in the peak marrying years. Quality survey data reveal only two serious, churchgoing evangelical men for every three comparable women. Thus, one out of every three evangelical women is not in a position to marry a man who's her "spiritual equal," let alone "head."

Find that uncommon man who is your spiritual equal or leader, not to mention kind, virtuous, industrious, employed, and, if possible, handsome, and then figure out how to make him want to marry you."

Regenerus believes that these new idealistic rules for marriage are hindering marriage for many.

The pressure we put on marriage to be fabulously great is at an all-time high. Marriage is slowly becoming something that only an elite will attain on a natural timetable connected to their height of fertility. Thus, this is not the time to further restrict supply by adding layers of spiritual qualifications. Marriage is a good thing—a school for sinners and a source of grace—and I don't wish for Christians to miss out on it except by their own active choice or vocational call.

At the beginning of this post, I told you about Melinda and Mark. She was told by her friends that she should not continue the relationship because Mark only became a Christian to marry her. Besides bringing up the obvious "no,no" for judging the motives of someone that they do not know, I told her mother to have her daughter answer her friends, who grew up in Christian homes, this way. "I certainly can understand what you are saying. I have often felt the same way about kids who grow up in Christian homes. Don't most of them become Christians because of the teaching of their parents? They only become Christians because they want to please their parents. That, too, must be good enough, right?" Nuff said.

Melinda and Mark will be married soon, much to the delight of her parents and some of her friends.