“To those who abuse: the sin is yours, the crime is yours, and the shame is yours. To those who protect the perpetrators: blaming the victims only masks the evil within, making you as guilty as those who abuse. Stand up for the innocent or go down with the rest.” ― Flora Jessop, Church of Lies link 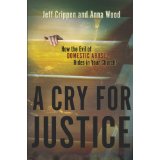 While discussing the response of the church to pedophilia, TWW received a comment from a reader that said something to the effect of :

I am proud to serve a God who will keep on forgiving a pedophile who keeps on sinning,  time and time again, for his sins.

This is what I love about blogging. We can question beliefs and statements that make the rounds in the Christian community. One of our readers, speaking for what I believe were many, retorted (paraphrased):

Don't you think that a real Christian, who is a pedophile, might take steps to insure that he does not molest as opposed to molesting them over and over?

Moving into a controversial area, Jeff Crippen and Anna Wood in A Cry For Justice: How the Evil of Domestic Abuse Hides in Your Church link raise the question that many of us fear to ask.

Is the abuser really a Christian?

Do not judge, or you too will be judged. For in the same way you judge others, you will be judged, and with the measure you use, it will be measured to you.

Many Christians, myself included, believe that this verse is to be applied especially in the area of salvation. Who is, and is not saved, is a matter that is way above above my pay grade and I am content to leave it in the hands of the Father. However, in certain situations, it may be advisable to question the salvation of an individual and Crippen/Wood lead us through their thinking

The question that they raise is profound and difficult. There are many people who would claim that a serial abuser can be considered a new creation in Christ while still abusing. Crippen wishes to challenge that assumption.

This is his interpretation of this verse as applied to a domestic abuser:

While every Christian can certainly hurt, mistreat, or be insensitive to another person, and more frequently than we think, it is impossible for a Christian to be what we define as an abuser in this book. That is to say, Scripture makes it plain that a person whose very mentality and habitual practice is that of entitlement, power, control, and justification, does not know Christ, nor does Christ know him. (p.241)

In the book, he describes Thomas, an abuser who was given much help and counseling over years. His church was involved in the process as were counselors. Yet, he continued in the same patterns of abuse at home. Other patterns of abuse with others, outside his home, became evident over time. In fact, Thomas serves as a poster boy for the comment by the reader at the top of this post. He was forgiven time and time again; he received all sorts of intervention; and he never changed. So, is he a Christian?

In a footnote (P.242), Crippen points the reader to two books by George Simon that he believes are helpful in understanding a man like Thomas.

These books are geared to understanding the sociopath/psychopath. This essentially boils down to: "You can't understand them. They are simply bad." A sociopath (or antisocial personality disorder) can be defined as link

The main characteristic of a sociopath is a disregard for the rights of others. Sociopaths are also unable to conform to what society defines as a normal personality. Antisocial tendencies are a big part of the sociopath’s personality. This pattern usually comes into evidence around the age of 15. If it is not treated, it can develop into adulthood.

Visible symptoms include physical aggression and the inability to hold down a steady job. The sociopath also finds it hard to sustain relationships and shows a lack of regret in his or her actions. A major personality behavior trait is the violation of the rights of others. This can appear as a disregard for the physical or sexual wellbeing of another.

Crippen believes that our ignorance on what constitutes a Christian may lead us to overlook an abuser in our midst. A woman who was terribly abused described it this way. (P.245)

Sitting in many a church pew, serving on many a committee, supposedly leading within many a home, are these workers of darkness: the classic raging, ravenous wolves in harmless sheep's clothing. And they will do almost anything to keep from being found out.

Crippen warns us about the goal of the abuser.

… to destroy people who wish only to love them or to trust them, seems to be one of the ultimate acts of achievement for them. That, and of  course, hiding all evidence of the act from others. This they are quite good at, quite good at, indeed. They are, in fact, so good at hiding their desire to control and destroy from others that, should the occasion arise in which they are accused of an act of destruction or abuse, they easily laugh, shrug it off, and leave both their accuser, and all who are observing, shaking their heads and wondering, if what they thought was real, ever actually happened at all.

In fact, Deb and I are aware of a serial pedophile, now serving time, who conned the pastors in a church. He learned that a teen was going to report an incident. He went to the pastors first and jovially told them that there was some silly locker room humor going on at an event. He made it sound insignificant, joking about it. He even offered to resign. However, he had conned them so well that they laughed it off and told the family of the teen that he was "misreading" what was going on. He wasn't. This abuser went on to horribly molest a number of kids with impunity until he was caught outside the church.

Recognizing patterns of the abuser

Although the abuser is an expert at conning uninformed individuals, Crippen and Wood assure the reader that there are some common signs of an abusive personality that can be observed by even a non-professional. Here are just a few. (PP.246-249) Please consult the book for a full list.

The authors provide an extensive list of questions that they have found, when used in their entirety, effective in "smoking out" the abuser (PP. 249-251). A few examples include:

There are certain "trends" in the Christian community that TWW believes might attract an abuser. The self described Christian Domestic Discipline movement is one of these trends.The Huffington Post reported on this here.

When a follower of the Christian Domestic Discipline movement decides what to hit his God-fearing wife with, research is important. A hairbrush, for example, is "excellent for achieving the desired sting" but can break easily. Alternatively, a ping pong paddle is quiet and sturdy but may not sting as much as is required to get the message across.

For those of you, like me, who have never heard of this "biblical" teaching, do not fear. There is a helpful document called Beginning Domestic Discipline here. Here are some quotes. This is NOT a joke. However, it might attract Mark Driscoll devotees.

Here is the table of contents. Remember, this is for use by husbands on their adult wives.

What are the claimed advantages to flogging "the little woman"?

It brings a couple closer together physically, emotionally, and spiritually. For someone that has never practiced domestic discipline, this probably sounds ridiculous. However, the entire concept of domestic discipline requires a lot of honesty, trust, communication, and love that slowly but surely brings you and your partner closer and closer together on many different levels.

It creates a more structured and consistent environment in the home and relationship.

There appears to be an incredible amount of cognitive dissonance in this movement. While reading a number of articles, I came across a "Domestic Discipline" blog called Leah's Life link. Here is what she said about her failed "Domestic Discipline" first marriage. I do not think it is a stretch to conclude she was in an abusive marriage.

For those of you who've read Christian Domestic Discipline 101, you'll remember I said that CDD is NOT a cure for a bad marriage, and I'm sad to say that, indeed, it was not a cure for mine.

My husband had some other issues that I believe are deep seated mental problems, but we won't go into that. Suffice it to say that I did everything I could to save the marriage but it failed regardless.

I spent the first year healing.

Here is where gets both scary and sad. She has now found a new man whom she intends to marry. Here is what she says about him.

The second year… well… 😀 I am happy to say I have met someone new… someone I think many of you would like. He is a good-hearted, tough-as-nails redneck that wears his dominance like a second skin, and he has asked me to marry him in the fall!

I know this is fast since many of you are just learning that my marriage failed, but I hope you'll remember that it has been two years since my ex-husband left me (and believe me, he did it in the cruelest of ways).

I hope you'll be able to look past my failed marriage and journey with me into this new relationship with quite literally the man of my dreams. I have a lot of joy and hope, mingled with fears and doubts. I am self-conscious and wonder since he could have any woman he wants, why would he choose me?

And no… he does not know about Christian Domestic Discipline. He doesn't know who I am or what is the subject of my books.

BUT I believe he would take to it like a duck to water once I get the courage to tell him about it.

And… (PS-Did you know that one of the signs of an abuser is cruelty to animals that starts in their youth?)

I learned that day that he was an avid fisherman who loved to spearfish.  He had more deer horns on his wall than anybody I'd ever met, and out in his woodworking shop he had a large set of tusks that he told me came from a wild boar he killed when he was 13 years old.  Quite a few snake skins out there, too.  And a picture of him holding up a fat rattlesnake that reached to his feet…eek!  He hinted a little bit about gator hunting but I didn't get those stories until later.  Anyway, you get the picture.

Yes, Leah, we get the picture. You need help.

This poor woman, who has already been treated cruelly at the hands of her first husband, continues to believe in the sanctity of spanking and looks for it in her second marriage. She has published a book called  The Invention of Spanking which is available on Amazon link.

Can anyone picture any church proposing such a travesty? Unfortunately, I can.

On Friday, I plan to discuss how a church should deal with an abuser. In the meantime, I am interested in our readers' thoughts on the self-proclaimed Christian faith of an abuser.