We’ll first try to determine the validity of the report.
Has there actually been abuse?
SGM/CLC Family Meeting 2011 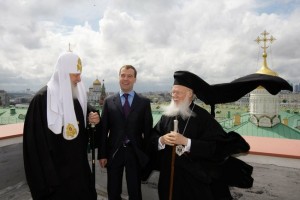 We have written a number of posts  describing our concerns about the amorphous term "church discipline." Such discipline appears to be implemented, rather willy-nilly, in authoritarian based churches. Yesterday's post focused on 9 Marks and church discipline. Even more concerning, in other posts dealing with 9 Marks, we have pointed out that the organization emphasizes an elder driven support structure which seems focused on the authority of the pastors. Once again, this is merely our perspective.

It is important to note that Mark Dever has been a long-time, close associate of CJ Mahaney. This friendship goes far beyond the superficial. In 2011, when CJ stepped down, due to revelations of serious problems in SGM, he, in what appeared to be contradictory to his own rules regarding church discipline, hid at Mark Dever's church until he was "exonerated" link. Rules seem to be for the sheep, not for the so-called shepherd.

In order to understand SGM, we believe that our readers must recognize the influence that Dever has had on this organization. Yes, Dever recently signed the T4G  "CJ is wonderful because we said so" statement. He is also a teacher at SGM's 9-month Pastor's College link.  You can also read a post we did on Pastor's College here.

To add insult to injury, this Sunday, Mark Dever will follow a long list of CJ admirers like John Piper and Bruce Ware and be the guest preacher at Mahaney's Sovereign Grace Church in Louisville. We believe that he has no idea how much pain his support of Mahaney is causing amongst the numerous alleged victims of child sex abuse. Or does he? He is not saying.

Joshua Harris, the pastor of CLC, which has left the umbrella of SGM has now revealed that he had been sexually abused as a child. He also now believes that child sexual abuse must be reported to the authorities immediately. TWW applauds him for revealing his painful past. That takes courage.

However, as recently as 2011, this policy was not so clear. TWW has been allowed to listen to an audio of a family meeting that took place on August 17, 2011, at CLC church to deal with the reports of child sexual abuse found at SGM Survivors blog.

This meeting featured Joshua Harris, Greg Somerville, and Corby Megorban who presented their policies on the implementation of John Loftness' 17 page paper which reportedly dealt with child safety as well as how to handle reports of child sexual abuse. The first part of the meeting revolved around the tender feelings of Gary Ricucci and John Loftness who believed they had been hurt when other pastors reached out to some of the alleged victims on the blogs. I found this exchange embarrassingly obsequious yet helpful in illuminating the pastorcentric culture of SGM. Here is a brief excerpt.

Looking back on this, I, I think we rushed this decision, out of the desire to quickly communicate, ah, with people on these blogs and the people who have been hurt. I think we rushed the decision. I take full responsibility for that. Um. Greg was interacting with Gary and John, um, about caring for these people and trying to contact these people, but in the process we failed to show them—Gary and John, Gary Ricucci and John Loftness–we failed to show them the final draft of the letter, that we posted on the blogs. And [sigh] this, this really, there,  there’s really no excuse for this–it, it was an unintentional oversight. The way we viewed this letter was, was that we were not saying, that they had made mistakes, that they were at fault in any way, and yet the way in which that has played out on the blogs, has opened them up to much slander and accusation, um, and we feel that our actions have caused this grief for them.

In the following excerpt from the meeting, it appears obvious that the pastor is the one who gets to decide if child sexual abuse has occurred. Some of these men have gone to a 9 month Pastors College for their training and some, like Joshua Harris and CJ Mahaney, have virtually no education beyond high school. Yet they are the experts on this matter.

Remember, Mark Dever and 9 Marks have deeply influenced this denomination. The pastor is in charge and he gets to determine the validity of the report. Here is the actual transcript from the audio which was made available online to members of the church.

I’m mostly gonna touch on when sexual abuse is reported. And this is far less a policy than a pastoral practice because it’s like asking “what’s your policy when a hurricane strikes?” It’s complex. It’s grievous. There are so many facets. But I’m gonna give you kinda the simple guidelines, which is a condensation of, of John Loftness’ 17-page document. We, we follow these principles: we want to care for the members with wisdom and that includes: both the abuser or accused abuser and, and, the, the one that suffers. We want to ensure we follow the legal requirements of the State and we want to make sure we honor the Lord. [pause] Whenever a report comes, it comes as a report of potential abuse, because we need to confirm that. It can either be confessed by an individual. It can be reported by someone else or it can be discovered and seen by someone else. And in any case, here’s what we’ll try to do: we’ll first try to determine the validity of the report. Has there actually been abuse?

The pastors are the ones to figure out abuse has occurred.

Did you notice that they use the word "potential" abuse? The pastors are the ones to pronounce whether or not abuse has occurred.  In other words, until they say so, it is merely an unconfirmed report. They appear to be saying that the victims and the families are not capable of determining whether or not they were truly abused. This seems dangerous, yet somehow not unexpected, from what appears to be a pastorcentric approach to ministry.

The next thing we do is we contact our legal counsel to get their assessment. Every case is unique, every case is different—every time—we call them and say what are our obligations as a church, and at times, yes, we want to protect. That is our responsibility to protect the church. That is our responsibility to protect the church from harm, and that includes a lawsuit against the church. So we want to make sure we are doing this wisely and well. We want to engage all parties to the extent that we are able to provide care. We minimize the number of parties involved. When there’s a case that pops up and there’s potential abuse, we don’t necessarily bring every pastor into the discussion because these are sensitive issues. We steward confidentiality. We want make sure that we are being wise about having helpful people involved, so we can confirm the information. [pause]

It is rather startling to me that they would say this in a meeting. Potential harm appears to be first defined as a lawsuit against the church. Most churches try to pretend that the reporting of sexual abuse to the authorities is a higher priority than lawyering up. At least they are honest!

Confidentiality trumps alerting all of the church leaders.
This is a rather curious statement. It appears that they do not believe all of the pastors are "helpful" in confirming the situation.

Then comes the reporting or does it?

If the actions were not on church property and they seem reportable—what we prefer to do—and it’s been confirmed, that it seems that it happened, is that the one abused makes the report. That is the preference of the Law. And then secondarily, since we’re getting the information second-hand, we may be compelled to report. But we prefer that the one actually abused or the family of the abused, makes the report. [pause] Uh, and then we provide different pastors to care for victim and perpetrator. In recent cases, where both have been in the church, we have assigned different pastors, just to insure that they can wholeheartedly care for that individual and not try to bounce back and forth between the two. [pause]

Confusing statement: If the actions were not on church property…

The abused individual/family do not go to the "Law" until the "helpful" pastors have confirmed the abuse!

This is the crux of the matter. The pastors, and only select ones at that, are the ones to determine whether the abuse actually occurred. I presume from the reading of the chronology, the family is then released to go to the police. And the pastors just might report it, as well, but they do not prefer to do that. (Aside-If the allegations of the lawsuit prove to be true, it appears that some of these pastors might not "prefer" to make the reports.)

There are more troubling aspects of this family meeting but we will reserve that for another post.

Please, please please, if you or your child has been sexually molested, do not go to the pastors. Go to the police. They are actually trained in how to deal with this horrific crime. If your pastor claims that you must report first to him, leave your church. Something is deeply wrong.

Todd Wilhelm@ThouArtTheMan
To be clear, 4 months after Valdez registered as a sex offender in TX, and was sentenced to 20 years probation (2 X 10 run concurrently) Thomas White allowed him to enroll at SWBTS!
@reachjulieroys @JulieLMoore18 @wartwatch @BrentDetwiler @mmmirele https://t.co/YmzmH8IaE3
5
32