"The first step my own church takes to cooperate with other churches in discipline is to ask everyone joining the church, have you ever been disciplined from a local church? If the person answers “yes,” more questions will follow, and possibly the pastors will reach out to the former church." 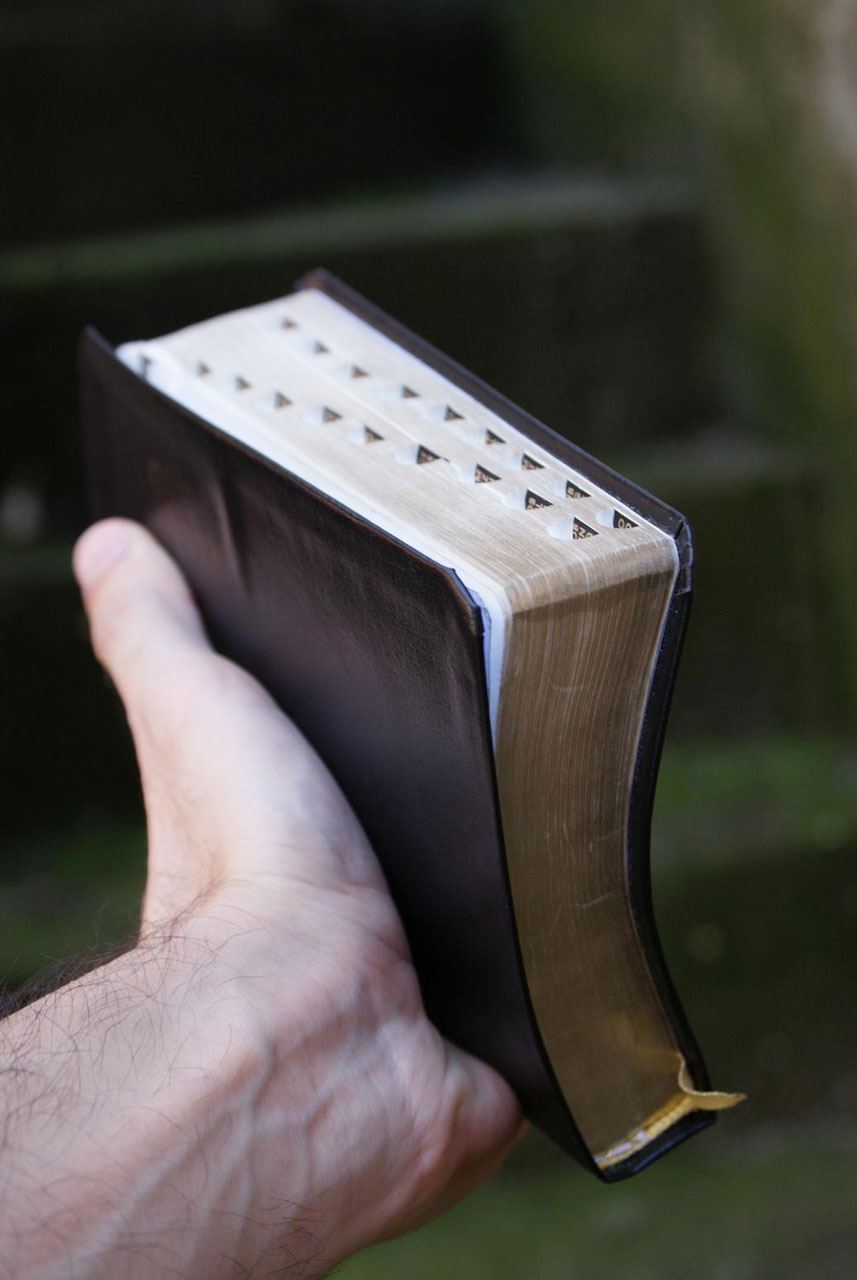 Jonathan Leeman, editorial director for 9Marks and author of Church Discipline: How the Church Protects the Name of Jesus, recently wrote an article for the 9Marks website entitled Churches Cooperating in Discipline.  It was also featured on The Gospel Coalition website.

"Yes, autonomous local churches really can cooperate in church discipline. No, they typically don’t. But, yes, they should! . . .

As a small “c” congregationalist, I believe that churches are autonomous, meaning that they rule themselves under God’s Word and King Jesus. But no church should be entirely independent. Indeed, we should be inter-dependent, even in matters that go to the heart of a church’s authority such as membership and discipline."

What follows is a true story.  I am close friends with a married couple that had been very involved with their church.  They led a Sunday School class for a number of years; however, over time they became concerned about the direction in which the church appeared to be headed.  Not only that, they (along with a few other church members) challenged the elders about a matter involving a pedophile.  To make a very long story short, my friends knew they had to resign their membership.  The last day they attended church they taught their final Sunday School class.  Prior to coming to church that day, they drafted their resignation e-mail and just before their departure from the church they hit "send".

They immediately began attending a congregation which was part of a different denomination.  They enjoyed this new church immensely and began to establish a relationship with the pastor and congregants.  After attending for a number of months, they wanted to join the church.  A meeting had been arranged with their new pastor to complete the process of membership.   A few minutes into the meeting, the pastor informed them that they could not join the church because he had conversed with their previous pastor.  He would not reveal anything they had discussed, but he explained that he would be willing to moderate a meeting between them and their former pastor.  They declined, but the husband did schedule a meeting with his former pastor to resolve the matter one-on-one.

It wasn't until the moment they were declined membership at the new church that this couple realized they were under some form of 'church discipline'.  Incredibly, their final moments at the previous church had been spent teaching Sunday School.  How could they possibly have been under church discipline if they were serving in a leadership role?

Is this is how Leeman wants autonomous local churches to cooperate in church discipline?

We have read horror stories written by congregants leaving their churches only to be pursued to their new church.  According to testimonies posted on SGM Survivors, Sovereign Grace Ministries churches have been notorious for this.  SGMers would leave their church only to have their former pastor call the pastor at their prospective church and inform him that they were under 'church discipline'.  The online advice for these SGM defectors was never divulge the name of the church you plan to join.  Funny thing, when C.J. Mahaney defected, he ran straight to Capitol Hill Baptist Church.  No doubt, he was rubbing elbows with Jonathan Leeman.   Such hypocrisy!

Leeman goes on to explain:

"That means (i) another church’s decision in a matter of discipline and membership never formally binds your church, but (ii) you should give other churches the benefit of the doubt, assuming they have acted wisely until you have concrete reasons for thinking otherwise. Also, I hardly think churches should conduct manhunts for excommunicated members, following them everywhere they go and putting in phone calls to the pastors of any church building they walk into. But you should do what you can, with prudence, to aid other churches whenever they ask you about members who once belonged to you.

Finally, there is no reason why Baptist, Presbyterian, Anglican and other churches might not informally cooperate in such matters. Every church has a gospel-interest in seeing the others succeed in gospel health and faithfulness."

Actions speak so much louder than words…  Leeman can deny that churches are conducting manhunts for former members, but we know better.  A word to the wise is sufficient…

Since this article written by Leeman appeared on the 9Marks website, I wondered who might be reading it and following his advice.  9Marks is building a network of like-minded churches, as evidenced on the organization's website.  I decided to investigate which pastors in my native state of North Carolina might be consulting the 9Marks website and following the recommendations on church discipline presented there.  Here is the breakdown of North Carolina churches that affiliate with 9Marks:

Interestingly, the church from which my friends resigned is included in the 9Marks directory of churches, and the pastor is a colleague of Mark Dever.  The congregation they tried to join is not affiliated with 9Marks.  After the husband met with his former pastor, he and his wife received an e-mail from the prospective pastor stating that they could now join the church.

Not surprisingly, they declined.

Church discipline has become quite popular among the Neo-Reformed crowd, whom we label as 'Calvinistas'.  As I understand Scripture, church discipline should be reserved for the grossest of sins (like the man sleeping with his mother-in-law – 1 Corinthians 5).  Yet some Calvinista churches are disciplining members for infractions like not attending church or care groups on a regular basis.

Let's take a look at the church discipline policy of a 9Marks church here in North Carolina.  I found the following information on the church website.  (For clarification, this church is NOT affiliated with SGM, Acts 29, FIC, or Harvest Ministries).  Here is a portion of that discipline policy:

"Church discipline is plainly taught in the Scriptures. It is one of the primary means that the Lord has ordained for bringing about repentance and restoration in the lives of His erring children. When practiced according to Scripture, church discipline is an act of obedience that demonstrates our love for the Lord and our desire to have fellowship with Him by walking in the light of his truth….When other Biblical measures prove ineffective… those members of the church who refuse to repent of sin and submit to the church…will be 1. Removed from membership. 2. Excluded from communion. 3. Treated as an unbeliever…and turned over to Satan… When the disciplined member gives sufficient evidence of genuine repentance, the church is to heartily express forgiveness and receive the offender into fellowship again…Each member of [church name] agrees to submit to and participate in the discipline of the church.
Addenda:
1. Should a member become guilty of sin that the church deems scandalous, the church may excommunicate him immediately and without prior implementation of less drastic means of discipline, such as private expostulation or public rebuke. 1 Corinthians 5 records the command to immediately withdraw fellowship from a man who was guilty of scandalous sin. See also Galatians 2:11-16.
2. The decision as to whether or not it is necessary for a repenting member to confess his sin to the entire church rests with the pastors (also called elders and overseers) of the church; but the general principle is: the repentance ought to be as public as the sin is notorious. That is, publicly known sins are to be repented of publicly.
3. Unless providentially hindered, any member who willfully and habitually absents himself from the appointed meetings of the church will be liable to church discipline.
4. Any member who seeks a transfer of membership or any other removal of his name from the church roll while subject to any stage of church discipline will not have his name removed from the church roll without the consent of the Elders. If he should leave during the discipline to attend another church, [church name] will communicate the nature and status of the discipline with the pastor of the other church.
5. Each member of [church name] agrees that he will not initiate or pursue legal action against the church, nor against the pastors, deacons, or church staff in connection with their performance of official duties. Any Christian considering legal action against another Christian is encouraged to heed 1 Corinthians 6:1-8."

Let's be clear.  This is a legal contract!  Do the church leaders inform prospective members that this is a binding legal contract before they sign it?  In all likelihood, churches like this one has obtained legal counsel to write up their membership covenants, including the church discipline guidelines.  Shouldn't churches like this one be honest enough to advise prospective members that they are signing a legal document when they join?  If not, then why would you join a church that isn't transparent?  This is a HUGE red flag!

You can be certain that NEVER in a million years will I ever sign a document like that!

Getting back to 9Marks, I am grateful that not that many churches in our great state have jumped on the 9Marks bandwagon.  Church discipline is getting W-A-Y out of hand when someone who 'habitually absents himself from the appointed meetings of the church' is disciplined.  What if his/her job sometimes conflicts with such meetings?  And 'publicly known sins are to be repented of publicly'?

Looks like the church discipline pendulum needs some serious correction because it has swung way too far to the right!   The Church at Brook Hills (where David Platt pastors) may be getting it…

Here are some videos they produced in conjunction with a Platt's series on church discipline.