"My heart is broken as I've heard the news about Rick Warren's son. Please pray. Unfortunately, I understand that which they experience now" 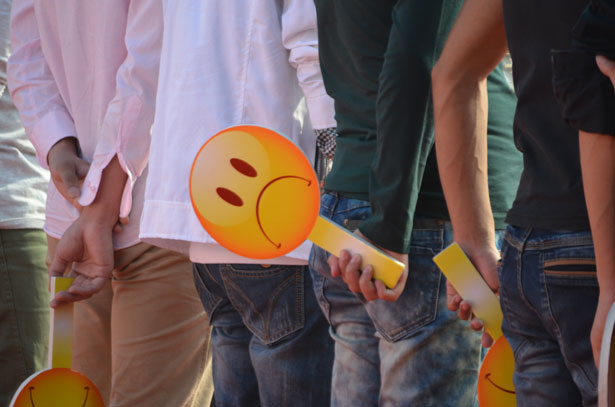 Yesterday I was startled by the Tweet Dee sent out to those of us who are wartwatch subscribers. Here is the tweet I read on my IPhone:

Frank Page is a native North Carolinian who served as President of the Southern Baptist Convention (SBC) from 2006 to 2008.  I was very active in a Southern Baptist church during that time, so I remember him fairly well.  The following year (2009), his beautiful daughter Melissa ended her life.

The tragedy was kept quiet, and I never remember hearing about it.

Then last week Bob Smietana's article Baptist leaders seek to help the mentally ill appeared in USA Today.  Here is how it begins:

"Frank Page, former president of the Southern Baptist Convention, was getting ready to work in the yard in the fall of 2009 when the phone rang. His daughter was on the line.

Daddy, I love you, she said. Tell Mama and the girls I love them, too.

Then she was gone.

Melissa Page Strange, 32, took her own life just after hanging up the phone with her dad.

"I do not want you to imagine what that is like," he said.

For years, Page did not share the painful details of Melissa's death, fearing that some Christians might speak ill of her if they knew. Mental illness and suicide were taboo topics for many churches, seen as a kind of spiritual failure."

Such a tragedy has to be the worst possible thing a parent can ever experience.  In the wake of his daughter's death, Page has been working on a book that attempts to address this alarming trend and help those who are going through the painful loss of a loved one.

His book is entitled Melissa:  A Father's Lesson from a Daughter's Suicide.  Amazon introduces it this way: 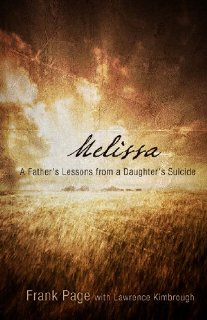 "Desperately hurting people take their own lives every day throughout the world, yet the church is not on top of the epidemic and often seems ill- equipped to address it biblically and effectively.

Frank Page, a former president of the Southern Baptist Convention, learned this firsthand when he lost his daughter, Melissa, to suicide in 2009. Writing from personal experience, he examines the biblical truths that carried him through such a painful time and that minister to him on dark days still known to come around.

Ultimately, Melissa: A Father's Lessons from a Daughter's Suicide is beauty from ashes, a book of wisdom and hope that Page wishes he could have read before going through this valley…"

The book will be available June 1, and we will consider reviewing it here at TWW.

Recently, I spent some time reviewing the notes I took during my visits to Southeastern Baptist Theological Seminary to hear various chapel speakers.  Interestingly, I attended the SEBTS chapel service on April 17, 2007, and heard the current SBC president Fred Luter for the first time.  His message was based on Mark 4:35-41 and was entitled:  What to do when the storm comes…

Luter asked the question – how do you deal with tough times?  Humorously, he queried: "What is a minister to do when the deacons are devilish and the trustees are tricky?"  Then Luter got serious and explained that faith is the first area the devil messes with.  He affirmed that if you don't have faith you have fear.  I appreciated Luter's application of this passage.  He said that when the storms come, remember…

While we believe Scripture can be extremely encouraging during times of tragedy, we are concerned about how it is used in Nouthetic (Biblical) Counseling (which we have recently been discussing).

This type of counseling appears to be gaining popularity in Christendom, and I am not so sure that it is the proper method for counseling those who are suffering from deep depression.  One of the criticisms of those who ascribe to biblical counseling is that they tend to downplay prescription drugs and professional psychiatrists and psychologists.  (If I have misrepresented their position in this regard, please let me know).

Earlier this week I was reading a post on the Cripplegate blog entitled The Need for Pastors to Counsel.  Please keep in mind that the contributors to this blog are affiliated with the Masters Seminary and John MacArthur (who embraced Nouthetic Counseling back in the 1970s).  Here is an excerpt:

"We live in a world filled with uncertainty and tragedy. Every day we hear of some event that devastates people’s lives. Where can these people turn? …

Yet with all the resources available for pastors, too often I hear of pastors who sub-let this task. They refer congregants not to the Word, but to outside “professionals.” In so doing, pastors relegate soul care to those outside the church, and away from the accountability and validation of the church elders. The result is that some within the church lose confidence in either the sufficiency of scripture, or in the pastor’s knowledge of the Bible."

I don't know about you, but that position deeply troubles me.  So pastors who advise congregants to seek outside help from professionals are relegating 'soul care to those outside the church' ? REALLY?

Would these pastors attempt to counsel someone like Frank Page's daughter instead of recommending that she seek professional treatment?

In the meantime, please keep those who have lost loved ones through suicide in your prayers.  May God grant them peace.