The world is indeed full of peril, and in it there are many dark places; but still there is much that is fair, and though in all lands love is now mingled with grief, it grows perhaps the greater. Lord of the Rings link 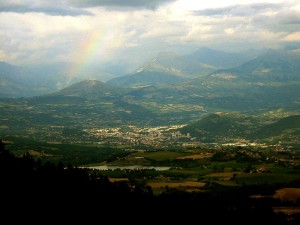 Yesterday I had a conversation with a dear Christian sister. She expressed concern that it appears that I outright reject people who believe in Young Earth Creationism. About a week ago, our "guy behind the curtain" told us that we had published our 1,000 post! What is perfectly apparent to us may get lost in the mounds of our opinions. There is no question that I do not support YEC, believing the science to be weak. However, I believe that proponents are committed Christians who take the Word of God seriously and, for that, I commend them.

In this post, A Tip of the Hat to a Young Earth Scientist and the Biologos President, I lauded a youth earth creationist who has agreed to submit his work to scientific peer review. In this post, TWW Applauds SEBTS and Biologos: Attempting a Creation War Detente, we gave huzzahs to both sides of this debate for being willing to talk it out politely with one another.

We have also been told that we are anti-Calvinism, and in a particularly notable post, accused of supporting Calvinism link.  We call attention to Wade Burleson who does the weekly sermon on E Church. He subscribes to Reformed theology and I have been known to quote Roger Olson, an Arminianist, on  regular basis.

Then there is the big debate on gender roles. Although I do not subscribe to either egalitarianism or complementarianism, believing that both terms are limiting, we have been "accused" of being egalitarians or feminists. Since both of us stayed home with our children and carried out what appears to be a more traditional roles in our marriages, this is a bit amusing to us. So, today, I want to feature a complementarian that I truly enjoy and respect. Both Deb and I believe that we can all get along together, in spite of our differences. In fact, the best role model of doing so is found in The Lord of the Rings trilogy.

Just yesterday, I was leading a group Bible study and we were discussing church unity. We used The Fellowship of the Ring as an illustration. This strange band of characters (dwarves, elves, hobbits, a wizard, humans) were very different, and yet they were united in a mission that brought them together (get the ring to Mordor to be destroyed). Their understanding of the seriousness of the situation necessarily focused their attention so that their individual differences were secondary. The dwarf and elf even got to liking each other as they were side by side in battle!

​Wendy is a self-described Reformed complementarian who has been featured at The Gospel Coalition (TGC) blog. Wendy is the former Deacon in charge of Women's Theology and Training  at Mark Driscoll's church. She quietly left that church (there must be a story in there but I digress) and runs a blog called Practical Theology for Women link. Wendy is a smart, thoughtful woman who looks at complementarianism through a different set of lenses. In so doing, she is getting some pushback from some of the members of TGC like Kevin DeYoung link and Thabiti Anyabwile link.

The critique was aimed at a recent post called A New Wave of Complementarianism link. And it truly is a new way of looking at the issue. Wendy navigates the tricky waters between complmentarianism and egalitarianism while still holding on to her complementarian beliefs. (Wendy, while you are at it, could you get them to choose a shorter word to describe it?)

There's a new wave of complementarianism stirring. It's not made up of true egalitarians, though those in this new movement respect many egalitarian concerns. Too often in the past, egalitarians and feminists were made out to be the bad guys with a complete disregard for the very real issues that concern those who hold feminist and/or egalitarian views. This new wave is also not the same as old school complementarianism, which rose up in the 1970's in reaction to 2nd wave feminism. That type of complementarian view was founded upon Susan Foh's interpretation of Genesis 3:16 as a desire among women after the fall to control their husbands. It is often linked with patriarchy.

To the woman he said,
“I will make your pains in childbearing very severe;
​with painful labor you will give birth to children.
Your desire will be for your husband,
and he will rule over you.”

She reports that she has heard from many women who, while adhering to a high view of Scripture, church history and the historical creeds, disagree strongly with Foh's interpretation of Genesis 3:16.

I urge you to read the rest of the post which highlights the following points:

The Texts of Terror

In another post, Wendy Alsup tackles what I believe to be one of the most difficult aspects of the faith. Rachel Held Evans refers to them as the "texts of terror." While Held Evans acknowledges these texts, she has not explored the possible answers to some of them in an in-depth fashion.

Years ago, when I went through my crisis of faith, I challenged myself to begin to deal with the tough stuff in the Bible. I had a working theory. If I found certain texts in the Bible to be difficult to understand, brighter men and women than myself had also experienced similar feelings. But, many of them had been able to resolve the conflicts in a way that satisfied them.

For example, she looks at the oft debated Judges 19 chapter which deals with a  Levite man who cut up his concubine after she had been raped and left for dead by strangers in a city.

Wow, this one is a horrible, horrible story. Which is the entire point. This chapter opens with the words, “In those days, Israel had no king.” That's the point of the entire book of Judges. They had no king, and the very last words of the book of Judges is that this lack of a king resulted in everyone doing what was right in his own eyes (Judges 21:25).

Wendy makes the point that even when the people got kings, the kings failed them. Note how many kings are listed in the Old Testament under the statement "They did evil in the sight of the Lord." Wendy lets us know that these difficulties expose a need in all of us.

They all needed a perfect King who would give the perfect standard of righteousness. They needed King Jesus.

I was pleased to see how she dealt with Leviticus 15. This chapter includes the rules for dealing with a woman's menstrual period. I have often thought that one must look at the commands through the eyes of a people who lived under a theocracy. In other words, God was in charge of the workings of His people. He was the Centers for Disease Control, the Food and Drug Administration, the Department of Health and Human Services, the Department of Agriculture, etc. So, for example, shellfish were not allowed to be consumed because they are bottom feeders. This made them dangerous for consumption in a culture in which animals and humans used the rivers as dumping grounds for waste products.

Here is what she had to say about Leviticus 15.

Frankly, I'm very thankful for the sanitary advances we've made for both men and women discharging bodily fluid (which is a weird way to say it, but that's how this chapter refers to it). They didn't have latex gloves or those little protective pads that retirement homes sometimes use to cover beds or chairs. And they certainly didn't have Always, Tampax, or anything even remotely equivalent. Plus, they didn't live in homes with secure doorways to protect them from animals following the scent of blood. It was in everyone's best interest, male and female, to have clear guidelines on what could and could not be done during the time of a woman's cycle so that the remainder of the month was not full of the types of diseases and consequences that would come in that harsh environment if blood or other types of discharges were not wisely handled. And remember, this chapter includes SIMILAR INSTRUCTIONS FOR MEN.

So, to our complementarian readers, chalk this post up as a positive in the complementarian column. And please visit Wendy's blog. She is an excellent teacher for both men and women (even though she says the blog is for women).