He who joyfully marches to music in rank and file has already earned my contempt. He has been given a large brain by mistake, since for him the spinal cord would surely suffice. Albert Einstein link 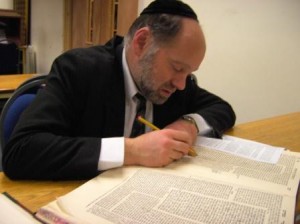 Mark Driscoll has said many, many stupid things in his career as pastor provocateur of Mars Hill. It appears to both of us that many of his issues revolve around the subject of sex, marriage, the subordinate role of women and the leadership role of men. I think it is helpful to evaluate his teachings through the lens of what some people believe is a vaguely disconcerting view of the role of women in the church and in marriage.

We received permission to reprint an article from a darn good blog we discovered through the comments of our readers.(Yay, readers!) It is amusingly called Tim's Blog-Just One Train Wreck After Another link. As soon as I saw the name, I knew I was going to like Tim. Here is what he says about himself.

Tim is a California native who changed his major three times, colleges four times, and took six years to get a Bachelor’s degree in a subject he’s never been called on to use professionally. Married for 25 years with two kids (one in college and one just graduated, woo-hoo!) his family is constant evidence of God’s abundant blessings in his life. He and his wife live in Northern California.

Tim does not normally talk about himself in the third person.

Tim let us know that Mark doesn't take kindly to Christians who do word studies. Yep, that's right. It appears that concordances and all that are unnecessary in Mark's world. In fact, he appears to be downright paranoid about the whole thing which is a bit odd for a guy who claims to like the Bible. It appears that Driscoll thinks that all a believer has to do is listen to him and all will be well. Kind of like "Move along folks, nothing to see here."

Let Dee interject here with the verses which should immediately clear up why Mark is getting bent out of shape. Does it surprise you that is has something to do with women and submission?

22 Wives, submit yourselves to your own husbands as you do to the Lord. 23 For the husband is the head of the wife as Christ is the head of the church, his body, of which he is the Savior.24 Now as the church submits to Christ, so also wives should submit to their husbands in everything.link

Yes, the verses address his his favorite theological construct: "Boys rule and girls drool."  Now back to Tim's post.

“What does that mean in the Greek, Pastor Mark?” You can always tell a rebellious Evangelical. They do word studies. They try to go to the Greek and figure out if it perhaps means something else. I’ll just read, OK. Here’s the full transcript.

Not only does that sound odd coming from a pastor, but its very presence in the middle of his Scripture reading is ironic in light of what he said to them just before he began the passage:

Going by the number of times he interrupts the Scripture reading to give what he considers to be necessary insights, clarifications and emphases, I’d say he thinks the passage needs a lot of editorializing. And apparently figuring out what the Bible means takes nothing more than listening to him tell you what it means.

But back to the original excerpt:

You can always tell a rebellious Evangelical. They do word studies.

Luke had another word to describe such people: noble. You see, one day Paul came into the town of Berea to preach the gospel. The Bereans listened carefully to him, but then they did something that, according to Mark Driscoll, is tantamount to rebellion. They checked up on Paul’s teaching:

Now the Berean Jews were of more noble character than those in Thessalonica, for they received the message with great eagerness and examined the Scriptures every day to see if what Paul said was true. Acts 17:11

So while no one should ask “What does that mean, Pastor Mark?”, an entire congregation was commended for examining Scripture daily (and perhaps even engaging in a word study or two!) to see if what the Apostle Paul said squared with the Bible.

Should anyone ask me if I will follow the example of the Berean congregation or the position promoted by the pastor of Mars Hill, I think I’ll go with those rebellious Bereans.

Tim then linked to another blog, Cooling Twilight, which provided some helpful insights into Driscoll's statements on this matter, Mark Driscoll Doesn't Want You to Study the Bible link which is edited by Dan Wilkinson. For example, Dan looks at Driscoll's education.

But wait a minute, doesn’t Driscoll have a degree in exeget­i­cal the­ol­ogy from West­ern Sem­i­nary in Port­land, Ore­gon? Yes, he does, but West­ern isn’t exactly rec­og­nized for a robust empha­sis on the Bib­li­cal lan­guages. In fact, it seems that at West­ern, one can get an M.A. in exeget­i­cal the­ol­ogy with­out learn­ing Greek or Hebrew at all! It’s hardly sur­pris­ing given Driscoll’s edu­ca­tion, back­ground and min­istry “suc­cesses” that intel­lec­tual engage­ment with Bib­li­cal and the­o­log­i­cal issues is down­played and discouraged.

Now, Dan gets to the heart of the matter which deals with Driscoll's obvious biases. In fact, this statement is absolutely key to understanding Driscoll's trajectory.

What’s really going on in Driscoll’s state­ment is a flip­pant dis­missal of all dis­cus­sions regard­ing the mean­ings of κεφαλή (head) and ὑποτάσσω (to sub­mit) — mean­ings upon which much of the egalitarian/complementarian debate hinges. If you’re going to teach on a con­tro­ver­sial pas­sage that has wide-reaching impli­ca­tions for how we lead our lives as Chris­tians today, shouldn’t you want to under­stand and con­vey the exeget­i­cal details of that pas­sage? Driscoll not only doesn’t want to explore the gram­mar and con­text of this pas­sage, he goes so far as to encour­age you not to do so yourself!

Any­time some­one encour­ages you to not inves­ti­gate, to not dig deeper, to not seek out the truth, that’s a sure sign they’re hid­ing some­thing and that the only means they have for retain­ing their power is to con­vince you to not ques­tion that power. The only anti­dote to such an abuse of power is truth. For­tu­nately, Chris­tian­ity has some­thing to say about truth: “and you will know the truth, and the truth will make you free” (Jn. 8.32).

So, what are we left with? Once again, it is controversy surrounding Mark Driscoll's views on the role of women. Surely, more and more people are rising up and taking notice?

Years ago, Häagen-Dazs, a subsidiary of Pillsbury, attempted to limit distribution of Ben & Jerry's ice cream in grocery stores. Ben, ever the cool dude, protested outside Pillsbury headquarters, carrying a sign which said “What’s the Doughboy Afraid Of?" He won, of course. So, whenever someone offers you some strange advice, like not studying the Bible, always, always, always ask the question,

What's the Doughboy afraid of?