“My mother could make anybody feel guilty – she used to get letters of apology from people she didn't even know.” Joan Rivers 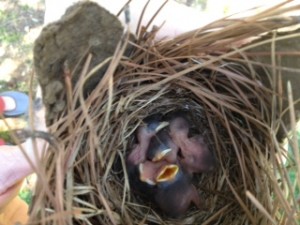 I wrote some of this in a comment today and I wanted to expand on it a bit here. This will suffice for a post today.

We do believe that most of those who make money on their ministry have faith and that they are Christians (and not just barely). They believe that their theology of the faith is correct. When they review books and theology, it must fit into their paradigm. We have no problem with that end of things. We all have our beliefs and biases.

We also have no problem with people making money, be it as a pastor, writer or ‘teacher.” However, there is a problem when we pretend we are objective while at the same time receiving some benefit from our business. Such impartiality is difficult, if not downright impossible.

This struggle is recognized in the secular world. My husband is a physician. He can no longer accept even a free pen from a drug representative. Why? Regulators believe that a free gift could bias his selection of a medication or medical device. Imagine, it is believed that a $.50 pen could cause a doctor to change his treatment plan! Far-fetched? I don't know, but someone sure thought so. Perhaps this is reflective of the Biblical injunction to avoid all appearance of evil.

We need to be honest about the potential for bias, even if it makes us feel awkward. Why? We  all admit that we are sinners and are quite capable of mixed motivations. By openly letting others know about our business arrangements, they can hold us accountable. We plan to do so if, and when, we get around to accepting ads.

Our main purposes for a loose comment policy was to allow the Christian community to see how our actions and words can be misunderstood, perceived, or judged by those on the outside, especially from those who were formerly on the inside. Over a number of years, Dee spent a lot time on the ExChristians.Net site link. Her purpose was quite simple. She wanted to know why people left the faith. She asked a few questions but spent most of her time simply taking it in.

The people who comment there are rightfully suspicious of Christian visitors to that blog, believing that their only purpose is to try to convert or condemn them. Dee saw some comments posted by "drive-by" Christians over there that got her downright mad. Their insensitivity and pat responses to the people on that forum reflected an embarrassingly simplistic take on "turn or burn" apologetics. The mistake that most Christians visitors made was an apparent belief that these people did not know their Scripture. Many of them did, far more than some of those "into the lion's den" Christians. They would then ask hard questions of the Christian who would disappear, obviously uncomfortable with being put on the spot.

For her part, Dee was shocked at how little she understood about why people leave the faith. These folks taught her well. Their thoughts were expressed with passion and often with language that would make her feel uncomfortable. But, she learned just how deeply they were affected by their time within the church. That profoundly affected her, leading both of us to hope that, if the rest of the Christian community could hear what people truly thought about us, it might help us all in our words and actions.

In light of this, we do not mind when people call us names or criticize us. In fact, we have a running list of the names that we have been called link. Dee is still hoping someone will call her an Amalekite since those dudes really caused trouble.

We also wanted TWW to be a place in which people, who were badly hurt by the church, could come and express their darkest feelings and be loved and accepted. No matter how hard they pushed, we wanted to push back with love  of Christ. Sometimes the angriest people are merely saying “Listen to me.” or "Do you care more about me or about my words?" or "Do you know what they did to me. Are you like them?"

That motivation appears to have backfired a bit and is now being perceived, by some, as vague threats or used as a pretense to accuse others as having participated in threats. In light of this, we have decided that we need to rein it in. It is obviously being misunderstood. We are going through all of our comments and trying to remove vulgar or misperceived threatening language without taking away the meaning of the comment. However, there are some comments that will be deleted.

But, there is one thing we want to stress. The church needs to understand that our words and actions can have long range, eternal consequences. We claim to be evangelical. But what happens to those who come in the front door and roll right out the back door? Do we forget them and continue on with our programs or do we seek to run after those who hurt and try to offer the love of our Lord? And, if we find them, do we recoil when they verbally attack us or express themselves in strong language? Do we blow them off, taking comfort in easy slogans like "Well, they weren't Christian to being with. This proves it." That makes it easy on us as we placate ourselves with "It's them, not us."

Do these people have some hard lessons to teach us? We think so. Could it be that many of these folks are simply the lost sheep that should be pursued with the love of Christ? Matthew 18:12-14. (NIV-Gateway)

“What do you think? If a man owns a hundred sheep, and one of them wanders away, will he not leave the ninety-nine on the hills and go to look for the one that wandered off?  And if he finds it, truly I tell you, he is happier about that one sheep than about the ninety-nine that did not wander off.  In the same way your Father in heaven is not willing that any of these little ones should perish.

In light of this, we apologize if any comments on this blog were perceived as a threat in any form or fashion by anyone. The two of us would never seek to harm another human being. We would not want anyone else to do that as well. Heck, Dee rescues pug dogs and gives worms to bluebirds so they can feed their babies.

We also apologize for any language that might have caused offense to others in our comment section. We take full responsibility for any comment that we let through. We did not perceive that it could be viewed as threatening to others. Instead we hoped it would provide insight in to the pain and perceptions of the commenter. We can now see how others might not view it in that light.

Where does this leave us? Probably pretty close to where things have always been with a minor course correction. We love our readers and pray for all of you. We have been known to cry when we read your stories. We plan to continue to highlight those stories and our concerns about the trajectory of certain movements.

In the end, we bet that we will still be considered quite irritating.