"Let me again disclose that I am a part-owner of Cruciform Press, the publisher of this book. I have written an honest and voluntary review, but I guess there may be some bias. I haven’t quite figured out how to express enthusiasm for a book I was involved in publishing but truly believe in." 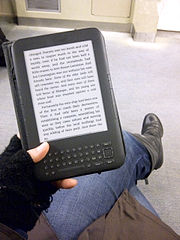 Have you noticed that the Calvinistas appear to be gaining tremendous momentum in the blogosphere?  The internet has certainly served them well as they zealously self-promote their 'brand' of theology.  What stands out to me the most is their feeding frenzy over books.  Truly, it's getting out of hand!

As I have surveyed the array of Neo-Cal websites, I have discovered that Tim Challies gets the prize for doling out the most book recommendations.  He has definitely earned his high ranking position on the list of book reviewers at Amazon.com.  He probably sends quite a few customers to Amazon and Westminster Books through those hyperlinks at the end of his posts.  It definitely leaves one pondering whether there is any financial gain involved…

Some of our readers may be wondering just who is Tim Challies?  On his blog, he provides some biographical information.  Challies explains:

"I am a self-employed computer guy from Canada with no seminary or Bible college education. I have nothing more than a bachelor’s degree in history and one I really only barely deserved, and I earned it from a college people only know of because Clark Pinnock taught there. I attend a church no one has heard of and, until recently, had never met any well-known Christian leaders or speakers. So while I am supremely unqualified, people continue to visit the site. When they do so, they read book reviews, they read personal reflections, and they read what I attempt to teach or share on the subject of theology. I often feel like I’m in over my head."

You can read more about Tim's blogging story here.  His big break came in 2005 when he was asked to fly to Minneapolis to liveblog Desiring God's National Conference.  About three months later he flew to California to liveblog the Shepherd's Conference at Grace Community Church for John MacArthur.  Then in April 2006 Challies was in Louisville liveblogging the first ever Together for the Gospel conference.  And as they say, the rest is history…  To read Challies' liveblogging posts, go here.

Having established himself as a liveblogger and book reviewer extraordinaire, Tim Challies and Kevin Meath — C.J. Mahaney's ghostwriter (according to a reliable source) — began to explore the possibility of starting a newfangled publishing company.  In his Unintended Consequences post, Challies marvels at God's sovereignty.

On April 13, 2010, Tim Challies announced the establishment of Cruciform Press – providentially (?) just as the third gathering of Together for the Gospel was getting underway.  That year the Fab Four was joined on stage by the two men for whom Tim Challies has recently done liveblogging – John Piper and John MacArthur.  For those of you who attended, do you remember this introduction of John MacArthur?

Here is a description of Cruciform Press:

"Cruciform Press is an alternative publishing company designed from the ground up to operate in the digital marketplace. We publish a new book the first of every month, and every book is the same price. We release print books, ebooks, and audiobooks. We want each book to be helpful, inspiring, biblical, and gospel-focused, as well as short, clear, well-written, well-edited, and accessible."

Just six months later, Cruciform Press was up and running.  Unlike other publishers, it produces a book a month and offers a subscription for its books at a discount price. Monthly subscribers can choose either books in print or e-books.   Think of it as a book club, with one hitch – you don't get to choose the books.  They only offer one a month.  How brilliant – everybody's reading the same stuff…

in addition to Tim Challies, who functions as the marketing arm of Cruciform Press, The Gospel Coalition (TGC) crowd has been instrumental in promoting this publisher's books and authors.  A search of Cruciform Press on TGC's website turns up a long list of related links.

Earlier last year, TGC's Regional Conference in New Mexico had the theme – The Cross+Shaped Christian Life (link), which was eerily similar to a book published by Cruciform Press.  The author of that publication was at the event and had this to say on TGC's website:

"I am excited to announce that I will be representing Cruciform Press at the 2012 Clarus Conference (a regional conference of The Gospel Coalition) in Albuquerque, NM, March 9-11, 2012.

The theme of this year's conference will be "The Cross-Shaped Christian Life" with guest speakers D. A. Carson and Fred G. Zaspel.

Cruciform Press, who kindly published my book Cruciform: Living The Cross-Shaped Life, has arranged for me to man their exhibitor's booth at the conference. And since my book seems to fit the conference theme hand-in-glove, they are giving every attendee a free copy of the book! The organizers of Clarus 2012 have agreed to highlight my book from the platform and invite folks to stop by the booth to chat with me or get their book signed."

Others are promoting Cruciform's Books.  Earlier this week (March 5) Tim Challies self-promoted Killing Calvinism on his blog, and a commenter wrote this in response:

"I attended Piper's TULIP seminar this weekend in Minneapolis and saw this book available for purchase in the lobby bookstore. I even picked it up and gave it a hurried glance. I'm sorry now that I didn't bring it home. I'll have to get myself a copy for sure! Thanks for the review, Tim!"

Earlier today one of our blogging friends, Matt Redmond, posted his thoughts on the utter silence of those whom we call Calvinistas.

Here is what he wrote: (link)

There has been no leader in the Reformed community who has spoken up for the victims of sexual abuse in SGM. Not one. No Reformed leader has nailed their horror or concern to the door. The heirs of Luther who railed against the abuse of indulgences are silent on the abuse of women and children. Those who would die on the hill of complementarianism have ceded the moral ground to the ladies of The Wartburg Watch and Julie Anne Smith. Those who decry the power of the Roman church wield its echo.

Is there no man with a ready hammer and nail willing to heave his weight and influence into the silence? All of the gospel-hyphenated books may become millstones before all is said and done.

What if it was you?

Or worse. Your child.

They will not list away from Orthodoxy because of Rob Bell so much as a lack of love.

And silence. So much silence."

"The silence is deafening. Those who’ve pontificated on every jot and tittle of Christendom (used intentionally) are strangely silent on this.

Or they are attempting to distance themselves from Mr. Mahaney whilst suggesting the rest of us should simply shut up.

It is disgusting hypocrisy, in my never humble opinion."

I find the Calvinista clamor and shameless self-promotion too much to bear.  It reminds me of the moneychangers in the temple when Jesus walked on earth and the indulgence preachers in Luther's day.  They wag their tongues about doctrine, yet show no love for the wounded and downtrodden.

When the final chapter is penned about The Gospel Coalition, what will it say?  I fear that tome will end on a very bad note…