Being single is not a crime. Fadly Molana link 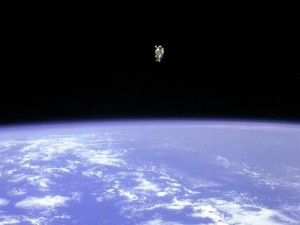 Today, I was, at first, excited to see a post by Collin Hanson, editor of The Gospel Coalition titled "Singleness Is Not a Curse" link.  In the past few months, I have seen several posts over there on the issue and was gratified that attention was being paid to a long overlooked population.

According to a recent Barna poll here:

More than four out of every ten adults in the United States is not married, producing a singles population that is larger than the total national population of all but eleven of the world's 192 nations. ​

Barna indicated that those who have never been married make up the lion's share of America's 82 million single adults, representing nearly six out of every ten singles. Adults who are currently divorced are one-quarter of the singles population, while widowed adults form the remaining one-sixth. Whereas men slightly outnumber women among those who have never been married and divorced women slightly outnumber divorced men, widowed women dwarf widowed men by a 4.3-to-1 ratio.

Yet, today's churches tend to focus on married couples with families, relegating singles to "The Singles Ministry." It is evident to many of us that singles are rarely seen as leaders of other ministries, almost never pastors, and all but absent from leadership groups such as elder or deacons.

Why is that? Jesus was not married and Paul said that being single was a good thing. In today's churches Paul would have been looked at suspiciously if he wanted to be a pastor because, as is strongly suggested in the following article, "only family men need apply." Poor Paul was totally unqualified.

Over the next couple of weeks, we will be sharing stories written by singles, which demonstrate that there is a problem in integrating singles into any ministry outside of designated Singles Ministry (to be known throughout this series as TSM). In a New York Times piece, link Must a Pastor Be Married, we are presented with a problem that is presented as discrimination.

Erik Eckholm of The New York Times asked the question in a news story that put a focus on Mark Almlie, a single seminary graduate who has been looking for a pastorate. As Eckholm reports, Almlie, “despite a sterling education and years of experience, has faced an obstacle that does not exist in most other professions: He is a single pastor, in a field where those doing the hiring overwhelmingly prefer married people and, especially, married men with children.”

Al Mohler is asked about this

R. Albert Mohler Jr., president of Southern Baptist Theological Seminary in Louisville, Ky., said it was unfair to accuse churches of discrimination because that word implied something “wrongful.”

“Both the logic of Scripture and the centrality of marriage in society,” he said, justify “the strong inclination of congregations to hire a man who is not only married but faithfully married.”

Mr. Mohler said he tells the students at his seminary that “if they remain single, they need to understand that there’s going to be a significant limitation on their ability to serve as a pastor.”

So, Paul need not apply, I guess. All of his talents and gifts would have been flushed down the toilet in favor of a married dude because a spouse is the key to superior spirituality, right?

Which brings me back to the post by Collin Hansen. When I started to read the post, I got mad. This post will help me to springboard into advocating for an awareness of the issues faced by singles in today's churches. In my opinion, every church should have singles in leadership positions. If they do not, then there is a "gospel"problem. That church is missing out on the gifts and talents of the sidelined faithful.That might even be a sin!

For once, I am not going to pontificate. I am interested to see if our readers approach this post in the same way I did. I look forward to hearing your thoughts.