"At that time the disciples came to Jesus and said, “Who then is greatest in the kingdom of heaven?” And He called a child to Himself and set him before them, and said, “Truly I say to you, unless you are converted and become like children, you will not enter the kingdom of heaven. Whoever then humbles himself as this child, he is the greatest in the kingdom of heaven.  And whoever receives one such child in My name receives Me; but whoever causes one of these little ones who believe in Me to stumble, it would be better for him to have a heavy millstone hung around his neck, and to be drowned in the depth of the sea." 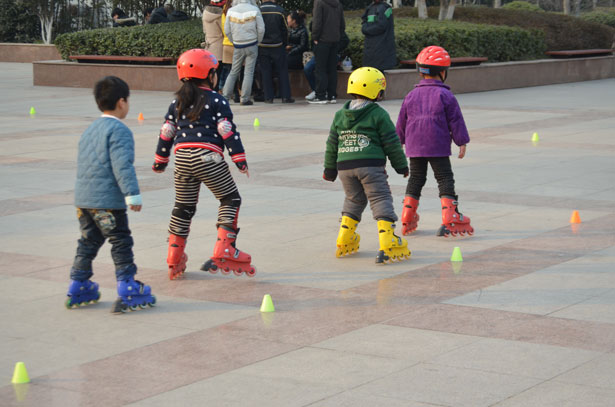 As our count continues, Day 100 of silence at The Gospel Coalition (TGC) is looming.  This group of shepherds has yet to acknowledge the class action lawsuit against Sovereign Grace Ministries and various individuals including TGC Council Member C.J. Mahaney.  Why the wall of silence?

It has been interesting to observe who has been propping up Mahaney in recent days.  As we pointed out in last Friday's post, Southeastern Baptist Theological Seminary (SEBTS) held its 20/20 collegiate conference February 1-2, and C.J. was one of four speakers at the event.  He shared the platform with seminary president Daniel Akin.  The Associated Baptist Press discussed the event in its article entitled Embattled C.J. Mahaney visits SEBTS.

The Sunday after the conference, Mahaney was invited to speak at a church in our area.  His sermon was entitled A Surprising Punchline.  Mahaney was introduced by his friend and colleague David Horner, who acknowledged that their friendship began in 2005 or 2006.  We believe Horner was a trustee at Southern Baptist Theological Seminary (SBTS) during that time, so we presume that he and Mahaney were introduced by SBTS president Al Mohler.

Finally, as we discussed in a previous post, Philip Gunn is currently a trustee at SBTS, and there have been serious issues involving a pedophile at Gunn's church.

Mahaney's colleagues in the SBC (mentioned above) have had their own dealings with sexual predators, and we wonder whether that is why they appear to be embracing Mahaney in the midst of the lawsuit, while refusing to discuss the SGM debacle publicly.  Let's look at each of these situations more closely.

Less than a year ago a seminary student at SEBTS was arrested for sexually assaulting another student.  You can read about it here as well as in a Baptist Press article Seminary student charged with sexual assault.

After the student admitted to the crime, SEBTS president Daniel Akin confirmed that he was expelled and removed from student housing.  Here is a portion of the seminary's press release:

"On Tuesday, a special chapel was held that addressed the circumstances over the weekend. Daniel Akin, President of Southeastern Baptist Theological Seminary, opened with a reading from Isaiah 53 and then clarified some misconceptions and misinterpretations produced by the media.

“It has been alleged by some media sources,” Akin said, “that Southeastern acted irresponsibly in notifying our student body. Honestly, we moved very quickly and the sexual perpetrator was quarantined and no one was in further danger after his apprehension. Since then, our primary concern has been to protect the victim and the seminary family. Also, I pledge to you, the Southeastern family that I never, nor will I ever cover up any facts that concern our institution and family at Southeastern.”

Akin met with Birch Monday in his office after Birch posted a $50,000 bail. He spoke of Birch’s shame and repentance over what had happened. Birch, said Akin, asked for forgiveness and was confirmed of his forgiveness by Akin himself.   “Not only did I forgive him for what he had done,” Akin said, “but I want to let you know that Birch’s victim has already forgiven him as well.”

Akin concluded his part of the chapel address by providing pastoral notes to the Southeastern students, faculty, and staff. He said, 'This awful incident reminds us of the depravity of humanity, and that we too are sinners. We need to ‘take heed less we also fall’ because of our own sinful proclivities. Let us be reminded of the gospel that tells us of the God who is abundant in grace and mercy on our behalf.' "

We certainly hope that Birch has gotten some much needed help in the aftermath of this assault and that he is not re-offending.

Six years prior to this incident, another seminary student was arrested for sexual assault.  He pled guilty and is currently serving a 13-year prison term.  You can read about it at this link:  Ex-church counselor gets 13 years

Here is a portion of that article:

Before his sentencing today in Wake Superior Court, Goodrich turned to members of the victims' families and apologized.

"I apologize for the deceit, the lies and the betrayal," Goodrich said, crying as he spoke.

Goodrich, 26, pleaded guilty to multiple sex crimes. The six victims were about 13 at the time of the offenses.

It is interesting that Mahaney recently spoke at Providence Baptist here in Raleigh.  Perhaps he and the pastor have a special bond due to similar experiences?  Who knows…

With regard to C.J. Mahaney's buddy Al Mohler, we must not fail to mention SBTS trustee Philip Gunn.  Last year Dee wrote a comprehensive post about Gunn's handling of a church situation involving a sexual predator.  Since it was published, the pedophile has pled guilty as reported by the Associated Baptist Press (ABP).  The article begins as follows:

"A former Southern Baptist music minister who will serve no time in prison after admitting to molesting children nearly 30 years ago demonstrates that America’s justice system isn’t always fair, a newspaper in Jackson, Miss., editorialized Jan. 23.

The Jackson Clarion-Ledger compared crimes committed by John Langworthy — former associate pastor of music and ministries at Morrison Heights Baptist Church in Clinton, Miss., convicted of five felony counts of gratification of lust – to those that put former Penn State assistant coach Jerry Sandusky behind bars for the rest of his life.

Unlike Sandusky, Langworthy accepted a plea bargain that prosecutors offered in part over concern that the statute of limitations in such crimes might jeopardize their case if it proceeded to trial.

“They undoubtedly wanted to send Langworthy to prison, but getting the guilty pleas, considering the case involved crimes dating back more than 30 years, seemed the best option,” the newspaper opined. 'So they cut a deal with Langworthy, who clearly wanted to avoid prison at all costs — even if it meant admitting to five counts.' ”

Then there was this ABP article from November 30, 2011, that contained some disturbing information – Church leader questioned about handling of sexual abuse allegation. It states:

"Questions about a Mississippi Baptist church’s handling of child sex-abuse allegations against a former minister are focusing on a church elder and politician who is nominated as the state legislature’s first Republican Speaker of the House since Reconstruction.

Philip Gunn reportedly advised elders at Morrison Heights Baptist Church in Clinton, Miss., not to talk to police about their internal investigation of former associate pastor of music and ministries John Langworthy, who faces trial on eight felony counts of gratification of lust stemming from acts alleged to have taken place in the early 1980s.

Gunn, an attorney and Baylor University graduate, claims church leaders are bound to secrecy under priest-penitent privilege. A series of reports by local television station WJTV questioned his interpretation of state law. Mississippi College law professor Matt Steffey told the station Nov. 25 it does not exempt ministers from reporting a crime.

Steffey said the rule cited by Gunn applies only to testimony during a trial, not when prosecutors are investigating a crime. Gunn denies the church is withholding evidence, saying the charges against Langworthy are now public knowledge since alleged victims have come forward."

The ABP article continues with the following:

"It is very troubling that Philip Gunn as the legal representative for Morrison Heights Baptist Church is trying to keep information from Hinds County prosecutors about a recently arrested and indicted child molester on whose behalf Gunn attempted to ‘discuss a resolution’ with me last May,” Smith said Nov. 30.

“It certainly seems that Mr. Gunn has some explaining to do about why he, as an elder and attorney, participated in an internal church investigation into child sex crimes without going to the police,” she said. “It raises the question of what he and the church leadership are trying to hide that could help effectively prosecute a confessed child molester.”

In addition to involvement in his local church, Gunn is a trustee of Southern Baptist Theological Seminary in Louisville, Ky. He was re-elected in June to a second term that expires in 2016."

At the conclusion of that article, Mohler is quoted as saying that the Sandusky tragedy has taught us a valuable lesson.  He specifically stated:

"We all know more than we knew before, and we are all responsible for that knowledge. The costs of acting wrongly in such a situation, or acting inadequately, are written across today’s headlines and the moral conscience of the nation. The tragedy at Penn State is teaching the entire nation a lesson it dare not fail to learn."

Have these Christian leaders REALLY learned their lesson?  The silence of the shepherds with regard to the SGM debacle is deafening!  Could it be that these leaders, particularly those involved with The Gospel Coalition, are silent regarding the class action lawsuit against Sovereign Grace Ministries because they may have some skeletons in their own closets?  It seems we don't have to dig very deep to find some of them.  In the meantime, the count (and the silence) continues…

Somehow the silence of these so-called Christian leaders reminds me of one of my favorite Simon and Garfunkel songs.  We dedicate this to all of you who have victimized.