"The head of a US church group that is facing a class-action lawsuit over the alleged widescale cover-up of sexual and physical abuse of children will be in South Africa for a gospel tour in April, sparking debate among locals." 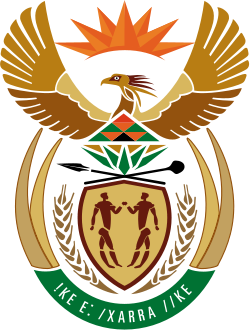 While C.J. Mahaney gets back to business as usual via the conference circuit, some South Africans are challenging the decision to include Mahaney as a speaker.  Earlier today a Durban news outlet featured this headline:   Sex scandal clouds visit by church group (see above link).  The article states:

"The lawsuit against leaders of Sovereign Grace Ministries (SGM) and its churches was filed in October by three alleged victims of abuse, and was amended last Friday to add five others.

SGM’s president and co-founder, Charles Joseph Mahaney, is named as one of the defendants and is also one of five guest speakers at the Rezolution 2013 “What is the gospel?” conference being held in Durban, Cape Town and Joburg in April. However, Mahaney is speaking only in Cape Town and Johannesburg."

Rezolution 2013?  Sounds way too similar to the Resolved Conference that came to an end after an eight year run.

We are continuing to monitor The Gospel Coalition website, which so far has been tight-lipped about 'the lawsuit'.  If and when this crowd mentions the highly newsworthy information that a class action lawsuit has been filed against Sovereign Grace Ministries, its two founders, and other key individuals, we will be sure to let you know!

In the meantime, Mahaney will be speaking at The Gospel Coalition's National Conference April 8-10 which will take place in Orlando's Rosen Shingle Creek Resort (the same place where the SGM Pastors Conference was held just a few months ago).  According to the speaker line-up, Mahaney will be discussing Knowing God as Father:  Understanding the Doctrine of Adoption.  Please scan the list of 'winsome' Calvinsta speakers who will be rubbing elbows with Mahaney during their vacation (err conference).

Following this conference, Mahaney will be jetting off to South Africa where he will be speaking at the Rezolution 2013 Conference in mid-April.  If you click on the link, you will see some familiar faces beside CJ, namely, Mark Dever, Ligon Duncan, Kevin DeYoung, and Bob Kauflin.   Looks like the Together for the Gospel (T4G) crowd is trying to enlarge it's territory…

Getting back to the article linked above, a spokesman for Rezolution, Alan Schuster, confirmed that those who organized this conference "were aware of the lawsuit, which he said SGM was 'busy sorting out'."  Shuster appeared to excuse the debacle by stating that "the action dates back to incidents that allegedly took place 30 years ago".   Shuster defended the inclusion of Mahaney as the following remarks indicate:

“We believe in the premise of innocent until proven guilty. I don’t believe we have anything against Mahaney coming to South Africa,” Schuster said.

“He was invited as a guest speaker, and until other things come to light, we believe in his character.”

The organizers of this conference may be looking the other way, but there are those in South Africa who are so concerned that they tipped off the newspaper (see below).

"Reverend Ian Booth, chairman of the Diakonia Council of Churches, agreed, saying that if ever there was a question of a person’s integrity, that should be cleared before they were invited as a guest speaker.

The head of The Evangelical Alliance of SA, Reverend Moss Nplha, said the conference organisers should be cautious and instead wait until the outcome of the court case.

“Scripture says we are to flee not only evil, but every appearance of it,” he said. “I would be cautious.”

However, KZN Council of Churches spokesman, Lucas Ngoegjana, sided with Schuster, saying it was too early to make a full condemnation as it was still before the court."

The article then summarizes the allegations, as follows:

"According to court papers, certain individual defendants and other “predators”, who are not named, had repeatedly physically and sexually abused children.

The papers alleged that:

* Although this information was known to the defendants, including Mahaney, they “cared more about protecting its (SGM’s) financial and institutional standing than about protecting children, its most vulnerable members”;

* The defendants failed to stop repeated and ongoing sexual predation occurring at SGM churches and organisations, including Covenant Life Church and Covenant Life School in Maryland, US, in the 1980s and 90s;

* The defendants failed to report known incidents to the police and encouraged parents not to do so either;

* The defendants misled police, in cases where these incidents were reported;

* Many of the eight plaintiffs and class representatives were repeatedly abused during their childhood, some as young as two and three years old, on the church premises and at church events such as picnics;

* Convicted paedophiles were allowed to work unsupervised at the church with children;

* Some alleged victims said they were made to “reconcile” with their perpetrators."

As we have mentioned before, C.J. Mahaney will be the chapel speaker at Southeastern Baptist Theological Seminary (SEBTS) next Thursday, January 31.  Then February 1-2 he will be speaking at the SEBTS 20/20 Conference , which is geared toward college students.  Perhaps these three speaking engagements were planned years in advance.  However, we will be watching to see who invites Mahaney to speak at their conferences now that his integrity has been called into question.

If you are concerned about Mahaney addressing conference attendees at these three upcoming events, you may want to consider voicing your opinion to the conference organizers.  Here is some helpful information:

http://www.sebts.edu/contact/complaint_policy.aspx: This is a page
explaining their complaint policy; then it links to the URL above. Main
thing to remember is to begin your comment with “Public Concern/Complaint.”

Title: “His Mission: Jesus In The Gospel Of Luke”

On this page, you’ll see:

However, if you click on or copy the email address, it changes to this:

Dee and I continue to keep our focus on those who have been hurt.