"It doesn’t help a leader to ignore offenses and conflicts and sweep them under the proverbial carpet. Sooner or later they will return in one form or the other and cripple your leadership effectiveness." 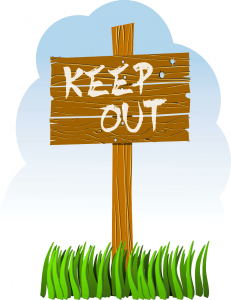 Update 12/28 9:00 AM:  Please see more information on the author of The Offended Brother -Dave Kraft – at the end of the post.

The New Year is right around the corner, and along with it come a variety of resolutions…  The Resurgence website may provide a glimpse into the New Year's resolutions that Mark Driscoll and leaders in the Mars Hill satellite churches may be making for 2013.

A recent post called The Offended Brother features some godly wisdom from Dave Kraft, Leadership Development Pastor at Mars Hill Orange County.  Dave is a seasoned Christian leader who served with The Navigators for 38 years and has worked as a ministry coach.  He has also authored several books including:  Leaders Who Last and Mistakes Leaders Make, which may be purchased on The Resurgence website.  You can read more about Dave Kraft here.

As our readers know, this year has been tumultuous for Mark Driscoll and Mars Hill Church.  One only has to read the Wikipedia article on Mars Hill to realize that something is terribly amiss.  Here is an excerpt from the section on criticism:

"Some have criticized the church for its harshness in dealing with dissent within its leadership, citing as an example an incident during the church reorganization in 2007 where two elders disapproved of and suggested revisions to a draft version of the rewritten bylaws, which they viewed as consolidating power in the hands of Mark Driscoll and his closest aides. Both elders were subsequently disciplined and fired shortly thereafter. Church leadership instructed members of the congregation to shun the two former elders as unrepentant.   Additionally, members who have openly questioned or dissented with Mars Hill leaders have been asked to leave the church. This policy of church discipline was discussed during a lecture given on April 20, 2009 by Mark Driscoll for The Gospel Coalition.

In early 2012 the church once again became a source of controversy over shunning and disciplinary proceeding when a young man under discipline released documents from his disciplinary contract to blogger & author Mathew Paul Turner. The documents include a discipline contract as well as an email from church leaders to the congregation directing them to shun him.

In 2012 The Stranger ran an article on Mars Hill Church based on interviews with former members. The article questions some of the church's practices, which, it claims, are more typical of a cult than of a congregation."

Links are provided in the Wiki article to substantiate this information.

For a number of years it appeared that Mark Driscoll and Mars Hill could do no wrong.  They were admired by many in Christendom, from pastors to seminary presidents.  Then in 2009 some videos were posted on YouTube with clips of an arrogant Driscoll alluding to the firing of two beloved Mars Hill pastors, namely Bent Meyer and Paul Petry.  Our loyal readers will remember that Bent Meyer's first public statement about the firing was in a comment here at TWW, which we featured in a post Fired Mars Hill Elder Breaks His Silence.  We were surprised when Slate linked to that post in a shocking article called A Shunning in Seattle.  The Stranger also published some stunning information in an article entitled:  Church or Cult?  The Control-Freaky Ways of Mark Hill.

If you haven't read either of these articles, we strongly encourage you to do so.  They will help you understand why this post by Dave Kraft may have been published on The Resurgence website.

What is The Resurgence?  It is a ministry of Mars Hill Church.  Here is some information from About Us on The Resurgence website:

"The Resurgence is largely known for its global reach. We host the largest Christian leadership blog, publish a half-dozen books annually, hold conferences around the country, and
offer a master's level theological training program for leaders from around the world. We are working on everything a tiny team possibly can to train Christians and churches around the world to lead gospel-driven lives and ministries."

Mark Driscoll has had a far-reaching impact since establishing Mars Hill Church; however, some serious cracks have developed in the foundation of his ministry.  Not only did Driscoll step down as a council member of The Gospel Coalition but he resigned as president of Acts 29.  Then he jetted around with his wife Grace to promote their book Real Marriage.

Driscoll needs to get real with his ministry and realize that he has some serious problems that others are beginning to recognize.  If he hardens his heart as it appears C.J. Mahaney has done, it will likely lead to further problems in Mars Hill Church.  Kraft's post is divided into four sections:

TAKE PAINS TO HAVE A CLEAR CONSCIENCE

TIME DOES NOT HEAL ALL OFFENSES

DEAL WITH IT – NOW

Here is some excellent advice from Dave Kraft:

"Once someone is offended and it is not quickly and appropriately dealt with, lots of things can go south, and probably will.

A church I know of is experiencing some difficulties with a former member. He is on the warpath. Talking with current members, writing accusatory emails to the leadership, and the beat goes on. At a meeting the idea surfaced that he was offended months ago and it has never been resolved. Plans are in progress to sit down with this “offended brother” to make amends and ask for forgiveness where it is called for. I have seen one person destroy a church or organization due to an offense that was ignored or not sufficiently resolved. Others take up one person’s offense and the rift continues to grow.

I could continue to give you one story after the other from my own life or in the life of groups and organizations I am acquainted with that have experienced splits, people leaving, and pastors resigning due to people who have been offended (sometimes years ago). Some call it “keeping short accounts.” Dealing with issues between people as quickly as possible is so crucial."

During the New Year we will continue to monitor Mark Driscoll and keep you apprised on any developments.  Is Driscoll capable of change?  Only time will tell…  Here he is during the time that Bent Meyer and Paul Petry were fired.  We sincerely hope that Dave Kraft has viewed this video and given Driscoll some much needed correction.

Finally, we hope The Resurgence and Mars Hill Church aren't just giving lip service to a serious matter that MUST be addressed head-on in 2013.

Update 12/28: We received this following information from Ben Tudley, a new commenter. It really throws an interesting and, might we say, hypocritical, spin on Kraft's post.

Dave Kraft was a member of the team investigating the so-called charges against the two dear elders who got unjustly fired.

He also failed to show up at the trial of Paul Petry. He apparently did not need to hear Paul Petry's defense. He sent in his guilty vote prior to the trial. Sadly, other than the two older elders being fired, Dave Kraft was the only other elder that was old enough to exercise some leadership and stand up to Driscoll's abuse. He did not, and six years later one would think he would have attempted to have followed his own sage advice.

One by one, the elders who were caught up in the abuse have expressed remorse and confessed yielding to the pressure of voting against their own conscience.

Gosh, there are but a handful even left that go to Mars Hill. Dave Kraft.. Have the courage to heed your own council. We are heading into the seventh year of no repentance.

In the sixth year Driscoll blamed his actions on not getting enough sex and being frustrated about it (Real Marriage). Just that alone ought to produce repentance. Lead Mr. Kraft, lead.

If this information is true, we have one more ho hum Christian speaking out of both sides of his mouth. C.J. Mahaney was Mark Driscoll's mentor, so I guess we can say that the apple does not fall far from the tree. Sheeesh!