"C. J. Mahaney, a charismatic Calvinist and founding pastor of Covenant Life, took Harris under his wing and groomed him to take over the church." 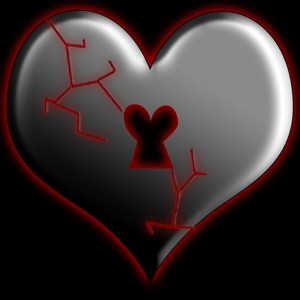 It looks like 12.12.12 is a significant date in the history of Sovereign Grace Ministries (SGM).  According to a statement from the pastors of Covenant Life Church (CLC), that is when CLC members affirmed their pastors' decision to end the congregation's formal association with SGM.  Here is a portion of that statement posted on the CLC website.

"For the past 18 months, Covenant Life Church has been going through a time of testing which we see as an expression of the Father’s loving discipline.  Various circumstances have led us to evaluate ourselves and consider how God is calling us to grow.  While we can already see ways in which God has used this experience to teach and help us as a church, it has not come without pain and loss. It has been challenging in many ways.  One of the most difficult aspects of this time has been realizing we find ourselves going in a different direction from that of Sovereign Grace Ministries (SGM), the organization that was launched within our church and whose leaders have played a foundational role in the life of our church.

Over the past year there has been a growing clarity for our pastoral team that our differences with the leadership of SGM make it difficult for us to remain as a member church. After much prayer and sober consideration, the pastoral team presented their perspective and proposed disassociation from SGM to the members of Covenant Life Church at a members meeting on November 4.  On December 12, 2012, the members of Covenant Life Church affirmed the pastors’ decision to end our formal association with SGM…"

Who could have imagined such a tumultuous change just six years after Collin Hansen's landmark article Young, Restless, Reformed, which appeared in Christianity Today?  C.J. Mahaney and Joshua Harris are prominently featured in that piece.

In hindsight, the YRR movement appears to have been manufactured at Southern Baptist Theological Seminary by Al Mohler and his cohorts, with C.J. Mahaney playing a prominent role in the movement.  How significant is/was Mahaney?  Peter Smith, a Courier-Journal reporter, gives us some insight in an article he wrote shortly after Mahaney stepped down last year..

In his article, Smith wrote:

"The Sovereign Grace network is separate from the Southern Baptist Convention, the affiliate of Southern Seminary, but Mohler praised Mahaney’s group as “one of the most vital movements of church planting and evangelism and church development in this generation.”

“It’s something clearly called for in the New Testament,” he said.

Mohler said he knew this practice has had online critics for years.

In hindsight, it is extremely telling that Mohler, president of the SBC's flagship seminary, supports SGM's "highly centralized leadership structure in its churches, with 'very strong pastoral direction' and internal discipline", while CLC pastors have such serious differences with SGM leadership that it caused a permanent rift.

How interesting that on the heels of this stunning announcement from Covenant Life Church the Fab Four (Mohler, Mahaney, Dever, and Duncan) got together in Louisville (December 18-19) to powwow about Together for the Gospel 2014, notifying their loyal followers via Twitter.  Dever tweeted:  "In Louisville, with T4G friends. Pray for wisdom in fellowship & planning," while Duncan tweeted:  "The @SBTS President's home, at night, at Christmastime. Good times with friends @albertmohler @CJMahaney."

With Mahaney now in Louisville, his influence on Mohler will likely increase.  As a Southern Baptist, I continue to be concerned with Mahaney's influence at Southern Baptist Theological Seminary (SBTS).  I have also been concerned with his appearances at Southeastern Baptist Theological Seminary.  He will be returning to speak at the 20/20 Collegiate Conference to be held at SEBTS in February.  I was not happy when Mahaney came to SEBTS in 2009 to speak at that same conference, and I am extremely displeased this time.

Mark Dever, the one who introduced C.J. Mahaney to Al Mohler and Ligon Duncan, has been fascinating to observe, particularly his fence straddling.  On December 15, he tweeted:  "Just can't stop listening to and singing along with the new T4G Live II album!" and then on December 17 he tweeted: "Last Day for Early-Bird Rate of $49; Speakers Os Guiness; Michael Lawrence, Doll + 10 Practical Breakouts thegospelatwork.com".  CLC is hosting The Gospel Work conference next month, and Dever is one of the speakers.  The T4G Live II album was produced by SGM and recently featured on their website (link).

As SGM continues to face difficult challenges (first the lawsuit and now the loss of CLC), The Gospel Coalition remains silent.  By contrast, Louisville's Courier-Journal has judged CLC's withdrawal from SGM as newsworthy.  Yesterday, it published Peter Smith's article Sovereign Grace loses another church, which begins as follows:

"A Maryland megachurch, which was the cradle and flagship of Sovereign Grace Ministries for almost three decades, has become the latest to leave the Louisville-based denomination amid conflicts over its leadership and direction.

The decision, approved by 93 percent of voting members of Covenant Life Church in Gaithersburg, Md., was announced Sunday.

Sovereign Grace and its president, C.J. Mahaney, are prominent in the multidenominational New Calvinist movement, as is Southern Seminary."

"We were able to meet with the CLC pastoral team this week and convey to them our respect, affection, and gratitude. We also were able to communicate our desire that they remain or consider returning at some point, trusting that any differences could be resolved…

With sadness but also deep gratefulness and love, we wholeheartedly commend CLC to the Lord…"

Dave Harvey (who served as SGM's interim president last year when Mahaney stepped down) has resigned from SGM's Leadership Team to resume his position at Covenant Fellowship Church (which was planted by CLC back in the 1980s).  Here is an excerpt from that announcement on SGM's website:

"As we work together in our mission to plant and build churches with the gospel of Jesus Christ, we want to inform you of a change in Sovereign Grace Ministries’ Leadership Team. Dave Harvey has made the decision to resign from our Leadership Team so that he can resume his full-time role as an elder at Covenant Fellowship Church. Dave made a public statement yesterday explaining this change on the Covenant Fellowship Church blog."

Rest assured, we will keep you posted on further developments.  In recent days there has been so much change in Sovereign Grace Ministries (yes, change is here to stay) that it does makes us wonder who's on first…