"And He [Jesus] spoke many things to them in parables, saying, “Behold, the sower went out to sow; and as he sowed, some seeds fell beside the road, and the birds came and ate them up. Others fell on the rocky places, where they did not have much soil; and immediately they sprang up, because they had no depth of soil. But when the sun had risen, they were scorched; and because they had no root, they withered away. Others fell among the thorns, and the thorns came up and choked them out. And others fell on the good soil and *yielded a crop, some a hundredfold, some sixty, and some thirty.  He who has ears, let him hear.” 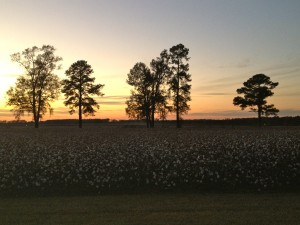 When C.J. Mahaney was reinstated as president of Sovereign Grace Ministries, some of us (including myself) were dismayed.  Now it seems only fitting that Mahaney, who has called the shots in SGM for so long, should be at the helm of this "family of churches" as it faces a class action lawsuit.

Today SGM released an Updated Statement on [the] Reported Lawsuit.  The part that immediately caught my attention (and the attention of others) is as follows:

"SGM leaders provided biblical and spiritual direction to those who requested this guidance. This care was sought confidentially, as is a right under the First Amendment. We are saddened that lawyers are now, in essence, seeking to violate those rights by asking judges and juries, years after such pastoral assistance was sought, to dictate what sort of biblical counsel they think should have been provided. SGM believes that allowing courts to second guess pastoral guidance would represent a blow to the First Amendment, that would hinder, not help, families seeking spiritual direction among other resources in dealing with the trauma related to any sin including child sexual abuse."

When my family toured Washington, D.C. last summer, we visited the National Archives where our nation's founding documents are preserved and displayed.  One of the documents we viewed was the Bill of Rights, which lists the amendments to the U.S. Constitution.  Here is the First Amendment:

Congress shall make no law respecting an establishment of religion, or prohibiting the free exercise thereof; or abridging the freedom of speech, or of the press; or the right of the people peaceably to assemble, and to petition the Government for a redress of grievances.

It is interesting that the amendment which empowers journalists and bloggers 🙂 to exercise their freedom of speech is the very one SGM has cited.  So if the courts second guess the actions of SGM pastors in these alarming situations, it will be a blow to the First Amendment?  Is this going to be part of their defense strategy?

One of our astute commenters – Brad – had this to say regarding SGM's latest press release:

Another intriguing update in the statement:

“This complaint makes broad allegations that SGM pastors were negligent, resulting in errors and omissions in pastoral counseling and spiritual care, WHICH WAS VOLUNTARILY SOUGHT AND PROVIDED YEARS AGO to some families of child abuse victims.” [Emphasis added.]

Is it just me, or does this sound like they might be “blaming the victims/families of victims”?

As if to say, Look, you chose to ask for help.

That, along with the new emphasis on First Amendment and apparently trying to make this a religious rights issue, seems to me a red herring argument. I suppose it makes sense in a vacuum about choosing to ask for “pastoral care” – but when you consider the actual context of their systems, it is actually kind of outrageous.

The authoritarian nature of the SGM church systems for leaders and congregants, where members are conditioned to “submit/obey” their leaders, does not exactly make these “voluntary” requests merely a choice-based system. Leaders were responsible to give counsel in the SGM system. Members were responsible to obey it.

HOWEVER, in the U.S. legal system, generally all people are responsible to report the crime of child sexual abuse. And that is part of what is at issue, according to the initial lawsuit documents filed, if I remember right. So, what happens if the very leader you are taught biblically that you MUST obey, tells you something like, “Don’t report that to the police.” Or, “You called the authorities? That’s going to make things more difficult …”

"SGM is not in a position to comment on the specific allegations at this time, but upon review it appears the complaint contains a number of misleading allegations, as well as considerable mischaracterizations of intent.  Legal counsel is preparing responsive pleadings.

Child sexual abuse is reprehensible in any circumstance, and a violation of fundamental human dignity. We grieve deeply for any child who has been a victim of abuse. SGM encourages pastors from its associated churches to minister the love, grace, and healing of God to any who have suffered this horrific act."

This claim by SGM begs the question – so is forcing a three year old to reconcile with her abuser ministering the love, grace and healing of God to the toddler who suffered a horrific act?

"We take seriously the biblical commands to pursue the protection and well-being of all people – especially children, who are precious gifts given by the Lord and the most vulnerable among us. These biblical commands include fully respecting civil authority to help restrain evil and promote righteousness as Romans 13 instructs us. SGM also encourages the establishment of robust child protection policies and procedures based on best practices."

Robust child protection policies and procedures?  It will be interesting to see whether a jury agrees with SGM's claim.

"SGM churches are separately organized and constituted in their respective communities. They voluntarily partner together for certain aspects of their broader common mission: to plant churches, develop resources, train pastors and serve international ministries in order to proclaim the good news of the Gospel of Jesus Christ. We ask that you please join us in praying that God guides and leads all of us in these challenging circumstances, ministering his grace, comfort and peace to all who are affected by this situation, and that His truth would prevail."

I found these two phrases of particular interest in SGM's statement:

Is Sovereign Grace Ministries now trying to pass the buck to the individual congregations?  It certainly appears that pastors carried out the agenda of SGM headquarters when these alleged crimes (which SGM calls 'sins') occurred.

As far as who is being accused – we get it that the actual crimes were not committed by SGM pastors and that they did not take place on church grounds.  However, some of the crimes allegedly took place in congregants' homes while they were conducting church meetings (care groups, etc).  Belonging to a care group was likely a requirement of membership when these crimes allegedly occurred.  Would they have met if the pastors/SGM leadership hadn't required it?   After all, SGM pastors (now known as elders) had/have the ultimate authority over their congregations.  The proposed polity appears to encourage further entrenchment of these 'elders'.

Are we observing the law of sowing and reaping in Sovereign Grace Ministries?  You reap what you sow, you reap it later than you sow it, and you reap more of it.  SGM appears to have more than its share of thorns so to speak.  Thorns bushes (and weeds) are much easier to eradicate before they have taken root. If they are not dealt with properly and expeditiously, they can overtake an entire crop. Is that what has befallen the family of churches known as Sovereign Grace Ministries?