It is possible to fly without motors, but not without knowledge and skill. Wilbur Wright 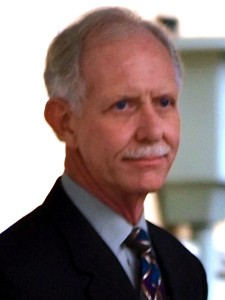 Flight 1549 and Captain Sully
It was a remarkable feat. An airliner, all jet engines knocked out by a swarm of birds over New York City, glides its way into history by making a successful landing in the Hudson River. Unbelievably, no one perished.  Here is some footage of that event.

"I believed at that moment I was going to be the last person to talk to anyone on that plane alive."

Many people became aware that this was “first time in half a century of commercial jet flights that an airliner had been successfully landed on water without any fatalities. ”Link

As the details surrounding this event became clearer, a hero emerged. The pilot, Captain Chesley Sullenberger, now known affectionately as “Sully,” was primarily responsible for this outcome. His words, just prior to touchdown, “We’ll be in the Hudson,” joins “One small step for mankind” as a tip of the hat to highly skilled and brave individuals.

After the landing, as the jet filled with water, Sully stayed behind, helping all of his passengers and crew to safety. I still remember one photo of Sully, on a rescue boat, wrapped in a blanket, calmly sipping some hot coffee. I thought, “Now there is one man I could trust to bring me home safely.” As proof of his unflappable demeanor, he reportedly called his wife and simply said “Darling, I’ve just had an accident,” which was, most likely, the understatement of the year.

So, what does this have to do with Mark Driscoll? At the Resurgence.com website, I read what has to be the most remarkable piece of narcissistic hubris to ever come out of Mars Hill and, given the subject, that is noteworthy. Driscoll (who could never be accused of understatement) penned a post titled, Do You Trust Your Pilot? link.

The usual manly boys network sprang into action to push the piece. After all, it makes pastors sound like Tom Cruise in Top Gun.  For example, Ed Stetzer recommended this post here. But, books must be sold at Lifeway, I suppose.

Driscoll likens himself to an airline pilot who, because he is upfront in the cockpit, sees what is going on. His church attendees are the uninformed passengers who cannot see what is coming.

To explain this, he launches into an explanation of bank turns that airliners have to take.

He then goes on to pontificate that an experienced pilot might be forced to make one of those significant turns. He likens himself to that pilot-the guy who has to save the lives of his people. He fusses that, when such a sharp turn is necessary, many people freak out, storm the cabin and trash the pilot after they have, get this, “Landed safely.’

I do not know what newspaper Driscoll has been reading but, when a pilot makes an emergency turn, and lives are saved, the passengers usually give him a standing ovation. You know why? They know it! He has informed them and they clearly see it. This whole analogy is not making sense . But, Driscoll rarely makes sense to me.

Stupid, uninformed people must trust the pilot. Driscoll, of course, is that pilot.

His  take home point is, you can see this coming,  “Trust the Pilot.”

“Assume that they have way more data and training than you. Assume they see stuff out of their window you don’t see out of yours. Assume they did the right thing, even if you are wearing your drink, your luggage came flying out of the overhead bin, and you need to buy new underwear to replace the ones you were wearing. Just maybe the pilots saved your life and spared you from a less disruptive turn that would have ended in a fiery crash you never saw coming.”

Who is most likely to trust the pilots? Frequent fliers, those who have been on board long enough to have survived hard banked turns before. And former pilots who have themselves sat in the cockpit of an organization and had to make the same kind of tough decisions.

Who is least likely to trust the pilots? First-time fliers, those who are new to leadership and/or new to the organization and subsequently lack the experience to simply buckle up and ride it out. Also fans of flying who have studied flight and/or visited the cockpit to peer over the pilots' shoulder enough to maintain an illusion that they know how to fly and could do a better job themselves, even though they have no hours in the pilots' chair.”

I have one response to this.

"Mark Driscoll, you are no Captain Sully and you have demonstrated enough weirdness to help me to know that I wouldn’t trust you get me safely to Tacoma."

In addition to all of that,  all pilots must obtain hours of intensive continuing education involving aeronautical science and mock scenarios of disasters. They are constantly checked for reflexes, sight and other health issues. My husband routinely sees pilots to check their hearts and clear them for flight duty

Let's take a closer look at Driscoll versus Sully

Driscoll– Blamed his “co-pilots” for disagreeing with him and threatened to punch them in the nose while firing them.
Sully- Heaped praise on his co-pilot and flight attendants, claiming that they were the reason that everyone was alive.

Driscoll– Blamed his wife for his problems in their marriage
Sully- Spoke highly of the engineers who designed the plane and praised the air traffic controllers. He was most complimentary of the rescue crews and stated he was amazed at their fast response.

Driscoll- Claims to have visions of people being raped and molested
Sully- Clearly saw the alternatives and made a careful assessment in where to land in such a way to save lives in the plane and on the ground. (Pilots who “see things” are usually grounded).

Driscoll- Bragged that he prepared a sermon in 2 hours while watching the Seattle Mariners.Link
Sully– Pushed himself to become a pilot’s pilot in intensive training and experience. No “2-hour” blow off preparation for this hero.

Driscoll-Admits to breaking the law by stealing things for his church. Link
“Our church services started to stink a whole lot less.  We scraped together enough money to buy some big honking speakers, and I stole an unused sound console from my old church along with a projection screen, which were sins that Jesus thankfully died to forgive.”  (Confessions, p.62)
“We never paid for electricity in our office apartment because the building was illegally hooked up to the power grid and all our power was stolen.”  (Confessions, p.125)
Sully- Was voted "Outstanding Airman" at the Air Force Academy, My guess is that he didn’t break laws to get  there.

Driscoll– Fires people who give him objective opinions and don’t do things his way
Sully– He must meet standards for both personal health and piloting. In other words, when my husband assess a pilot to see if his heart is in good enough condition to fly, he is thinking of himself and others on that pilot’s plane. He is not going to certify a pilot who is unsafe.

Here is Driscoll’s problem. He sees himself as an elitist pastor who is the only one who can see out of the cockpit. Baloney! It reminds me of that stupid commercial in which a man announces “I am not a doctor but I play one on TV.” The emperor has no clothes.
A church is not a jetliner. The Holy Spirit invades the lives of all believers and gives all involved a window to see what is coming ahead. The pastor may have a couple years of Greek under his belt but a church is made up of the body and he has time to consult even the “least among these.”

Unless a church is about to get bombed, there is not a need to bank so hard that, to use Driscoll’ ridiculous example, “blood comes out of the eyeballs.” And any pastor who believes this is not worthy of our trust. I say to all of those whose pastors believe that they are “highly trained professionals", to find a real pastor who understands about love, mercy and grace. Leave behind those pastors who believe that they are pilots who are involved in life and death decisions in the cockpit of a jetliner.

In case you need more convincing, here is a 15-minute interview on 60 Minutes with Captain Sully. Also, we repeat the universally panned video of Mark Driscoll who "sees things." Spend a minute or two and think. Who would you trust more-Sully or Driscoll?