"The origins of our interest in church planting in Louisville date back some six years as we began to consider how strategic this city might be for Sovereign Grace Ministries. For several years, I, along with others, searched for a man who could church plant in this city, but we were unable to successfully recruit someone for this task. About two years ago, I had the unexpected thought that possibly the fruitless search was due to the fact that the Lord might want me to do this." 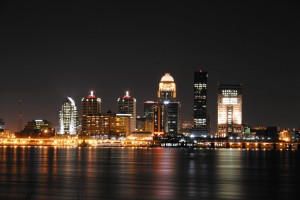 Seven months ago there was much speculation that the entire Mahaney clan and Sovereign Grace Ministries were headed to Kentucky.  We weighed in with a post entitled Mahaney / SGM – Unprecedented Rescue by the SBC?  Those theories proved to be true.

The SGM faithful (true believers) who followed C.J. Mahaney have been busy planting a church in Southern Baptist Theological Seminary’s backyard so to speak.  This Sunday, September 30, Sovereign Grace Church of Louisville (SGCL) will open its doors for the first time.  Here is the church plant promo:

Several years ago we called attention to the growing bonds between Sovereign Grace Ministries and the Southern Baptist Convention and specifically between C.J. Mahaney and Al Mohler.  In case you want to know who introduced them, it was Mark Dever.  Ligon Duncan spilled the beans several years ago on the Together for the Gospel (T4G) blog; however, those remarks have since been removed.  I started doing some digging shortly after we began TWW and found a money trail that led straight to Southern Baptist Theological Seminary (SBTS). (link)

When C.J. Mahaney came under fire in July 2011, guess who came to his defense very quickly –  Al Mohler.  Mohler and gang have been trying to rehabilitate Mahaney’s image since the incredible SGM debacle.  For example, last month Southern Seminary held a day long conference called Strengthening Your Marriage in Ministry.  C.J. Mahaney spoke to the students along with Al Mohler, Russell Moore, and Dennis Rainey.  When Mahaney is given that kind of platform (as is often the case at SBTS), it's no wonder the students absolutely LOVE him.

The Sovereign Grace Ministries website recently featured a post – Church planter interview: C.J. Mahaney (Louisville, KY) – in which Mahaney responds to a number of questions.  Here is one of them:

What is your vision for reaching the greater Louisville area?

I think our ambitions, on one hand, are rather simple. We recognize that God has blessed Louisville with numerous excellent churches, so we’re not coming in to pioneer a unique gospel work in this area. Not at all. But we do see that need exists for more gospel-preaching churches, particularly in the eastern suburbs.

Our prayer is that God would use this church plant to one great end: that people would come to saving faith and maturity in the grace of God. We would appreciate your prayers that God would help us to evangelize consistently, boldly, and winsomely, and that we would always be ready to offer the reason for the hope that is in us.

The elders of the Sovereign Grace Church of Louisville are as follows:

Jeff Purswell – Dean of Sovereign Grace Pastors College.  According to the PC website, Jeff is "currently pursuing a Ph.D. in New Testament Studies from The Catholic University of America".  He will do much of the teaching on Sunday mornings.

Gary Ricucci – married to C.J. Mahaney's sister Betsy.  This is the second church he and CJ have planted together.  I guess Covenant Life Church was the first?

SGM has a history of having only paid elders lead churches.  That certainly appears to be the case with Sovereign Grace Church of Louisville.

It will be interesting to see how many students, faculty members, and staff at Southern Seminary will be attending SGCL.  Dee and I attended a SGM church once before starting our blog. That Sunday C.J. Mahaney preached.  Based on our experience, I wonder whether Sovereign Grace Church of Louisville will . . .

(1) have a prophecy microphone

(3) advertise “water” baptism on the big screen.  I asked one of the congregants why “water” was modifying “baptism”.   It seems that immersion wasn’t the only type of baptism at that church.

The SGM website just featured information about the Sovereign Grace Ministries Planting Group so it appears that Mahaney & Co. are determined to plant many more SGM churches.

How much of the peculiar SGM culture will be implemented in this church plant and where will these developments lead in the years to come, particularly with regard to the Southern Baptist Convention?

We will definitely be watching (and reporting)!