"These people do not know that while Barak trembled, Deborah saved Israel, that Esther delivered from supreme peril the children of God … Is it not to women that our Lord appeared after His Resurrection? Yes, and the men could then blush for not having sought what the women had found."

Jerome, after criticism for dedicating his books to women 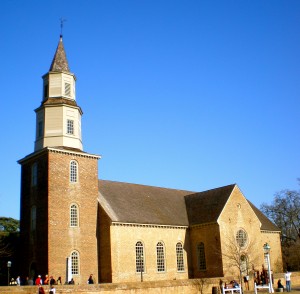 The Barna Group, which has been analyzing cultural trends since 1984, recently focused on Christian women in America and has published its research results.  Part 1 of their four-part study asks this question:  Are Women Happy in Church?

The Barna article begins as follows:

"Women are the backbone of U.S. Christian churches. They are more likely than men to comprise the ranks of churchgoers, volunteers and Sunday school teachers. Yet, how do women feel about occupying these roles at their church?"

Before we get into the results of the study, you might find these comments (included in the report) interesting:

"David Kinnaman, president of Barna Group, says this study helps to give context to the ongoing debate regarding women’s roles and the Christian community. 'It’s tempting to take the examples of those closest to us as representative of all Christian women today. Yet, the research shows there is an enormous range of experiences for women in today’s churches, from those who are very satisfied to those who feel as if the church is one of the least welcoming places for them to be.' "

About the Research
"The study on which this report is based included telephone surveys with 603 women who are ages 18 or older who describe themselves as Christians and have attended a Christian church service within the past six months (excluding holiday services or special events). These Christian women were randomly chosen from the 48 continental states. The maximum margin of sampling error for a sample of that size is estimated to be within +/- 4.1 percentage points at the 95% confidence level. There are other forms of survey error that cannot be statistically estimated."

According to the research, the majority of Christian women are satisfied with leadership opportunities at their church.  Seventy-five percent indicate they are utilizing their gifts and potential in their congregation and that they are involved in meaningful ministry (72%).  However, there is a sizable group of women who are frustrated because of the lack of opportunities within their congregations.  Furthermore, they feel 'misunderstood and undervalued' by their church leaders.  Sadly, the article states:

"About three out of 10 churchgoing women (31%) say they are resigned to low expectations when it comes to church. One fifth feel under-utilized (20%). One sixth say their opportunities at church are limited by their gender (16%). Roughly one out of every eight women feel under-appreciated by their church (13%) and one out of nine believe they are taken for granted (11%). Although these represent small percentages, given that about 70 million Americans qualify as churched adult women, this amounts to millions of women in the U.S. today who feel discouraged by their experiences in churches."

It is extremely unfortunate that the majority of women interviewed (75%) believe they should be doing more to serve God (73%).  As a result, there does appear to be a trend of Christian women taking their talents elsewhere (parachurch ministries, for example) to fulfill their yearning to serve their Lord and Savior Jesus Christ.

Here are some additional revelations from the Barna Group:

• More than three quarters of women (78%) disagree that the Bible prohibits them from being leaders in the church.

• Only half of women (47%) say the male leaders in their church are willing to change the rules and structures to give women more leadership opportunities.

• Reflecting some of the challenges women experience in churches, 41% of women say they have more opportunities to lead outside of their church than within their church.

If you have heard of The Resignation of Eve by Jim Henderson, you might be interested to know that George Barna wrote the preface for that book.  Here is the catchy subtitle:   What If Adam's Rib Is No Longer Willing to be the Church's Backbone?"  We hope to be reviewing this book soon here at TWW.

We want to encourage you to read the Barna study for yourself and give us your feedback.  While we don't have any idea what the percentages might be, we do know that some Christian women have withdrawn from the organized church and could not have been candidates for this study.  How many are represented among the commenters at TWW?

Here's one of our local Christian heroes – Scotty McCreery – performing Gone.  Is this what hyper-authoritarian church leaders will be singing when they realize the damage they have done by marginalizing at least fifty percent of Christians?