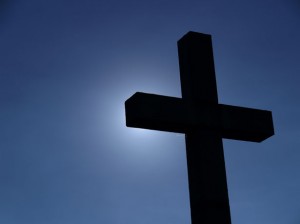 I am confused. . .  Is complementarianism a tenet of the faith or not?  Well, it depends on whom you ask . . .

Over at The Gospel Coalition website, a video Why is The Gospel Coalition Complementarian? leaves one straddling the fence  – a precarious position to maintain over a long period of time.  Recently, D.A. Carson, Tim Keller, and John Piper addressed this issue.  Take a look.

Someone named Megan posted a comment regarding TGC's position on complementarianism which succinctly describes what Dee and I believe.  Megan wrote:

"The problem, per se, isn't that TGC is complementarian. The problem is the continual lack of graciousness to those who disagree. And that's what this video sadly fails to address. It starts from Piper's earlier statement that egalitarians are going to get the gospel wrong, or Keller (who I generally respect) asserting that the gospel is somehow so weak that it needs to be "protected" from egalitarianism, to Carson claiming that anyone who dares apply hermeneutics to 1 Tim 2 is deliberately and willfully contradicting God (funny, I'm sure all three gentlemen apply plenty of hermeneutics to that whole "saved through childbearing" thing). And that last accusation is repeated time and time again, unchecked, by everyone on down to the commenters on this site.

I'm torn. On the one hand, I wish they leaders would stop saying this. On the other hand, if they really believe that egalitarians are getting the gospel wrong, leaving it unprotected, and shaking their fists at God…perhaps they should just drop the cognitive dissonance and admit the logical conclusion of those statements: that egalitarians are not, in fact, actually Christians. As asinine as it is for some here to excommunicate egalitarians via comment, at least there's a certain honesty in that.

Contrary to what is alluded to in this video, and to what Kathleen Nielson explicitly states in hers, many of us don't want this issue to "go away" or for TGC to "drop it." A little Christian charity would be enough.

Also, as an egalitarian in a complementarian church who submits to that structure, I resent the defensiveness embedded in the notion that anytime the two groups come together, complementarians always lose. But then, I seem to be invisible in the TGC paradigm (doubly so as a single woman)."

Regarding the video, I enjoyed hearing Tim Keller's response, and my take away from this co-founder of The Gospel Coalition is that he is not as rigid as some regarding complementarianism.

John Piper, on the other hand, insists that his view on complementarianism must be embraced; otherwise, there is a strong possibility that Scripture will be compromised in other areas.  (Fear tactic)

Piper's remarks on The Gospel Coalition clip are so similar to what I heard him say when this year's Together for the Gospel (T4G) took place.  Greg Gilbert, John Piper, Ligon Duncan and Russell Moore discussed Complementarianism:  Essential or Expendable?  Here is that dialogue:

A good number of these Calvinista leaders are making it clear that Complementarianism is absolutely essential to the faith, PERIOD!  I don't know about you, but the more these guys attempt to defend their position on "gender roles", the more desperate they come across.

In each of these videos, John Piper explains that children learn about their given 'roles' from their parents.  "Mommy, what does it mean to be a woman"? Piper asks.  Here is my question for John Piper.  Who taught you how to be a man since you were primarily raised by your mother?  His father was an evangelist who was away from home for much of the time, as revealed by Piper himself.  Is this why he appears to have a compulsion for talking about gender roles?

I have hesitated to bring this up, but I will mention it briefly.  When my family visited the Holocaust Museum in Washington, D.C. recently, I was struck by something I had previously not realized about Nazi Germany and Adolph Hitler.  Hitler and his henchmen greatly stressed gender roles, motherhood, stay-at-home moms, and large families.  Reading about these Nazi ideals sent chills down my spine. To discover some of what I learned, please check out The Role of Women in Nazi Germany.