"A closed belief system is a meme (i.e. a set of beliefs) which includes the belief that criticism of the meme is wrong and must be discouraged." 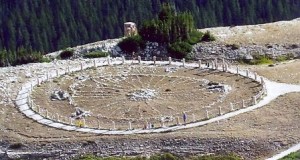 Before we started blogging, Dee and I each served for a year on the Community Panel for our regional newspaper.  We served concurrently for six months, and the editors with whom we met on a monthly basis had their hands full.  It was a fantastic experience.  We were encouraged to provide constructive criticism in order to help management see the newspaper through its readership's eyes.  The panel consisted of liberals, moderates, and conservatives.  We fell into the latter category, which might come as a surprise to some.  It was while we were on the panel together that we announced our vision of starting this blog.

During our tenure, we realized that while the newspaper editors saw themselves and their colleagues as being fair and balanced, we firmly believed that overall the coverage was biased.  When we shared this observation with them, they were shocked!  We did our best to convey that from our vantage point, theirs is a closed system.  Journalists tend to talk amongst themselves and stay somewhat isolated from the rest of us.  As long as one believes he/she is being objective, healthy change will not occur.

Perhaps that is the best analogy we can use to describe what we believe is occurring in Calvinista cliques.  They are closed systems.  Here is a helpful description of such a belief system.

Closed belief systems are a powerful tool for causing large numbers of people to take actions that are generally harmful (or even against their own best interests) while believing they are doing so for a greater good. As such, they are very attractive to powermongers, who often use promotion of a specific closed belief system as a way of gaining personal power. The relationship between powermonger and meme is symbiotic: the meme gains promotion from the powermonger, and the powermonger gains power through control of the meme-infected population.

Fundamentalist branches of most religions are, almost by definition, closed belief systems.

While the Big Horn Medicine Wheel (pictured above) has little, if anything, to do with closed belief systems, it serves as a visual depiction of groups like The Gospel Coalition (TGC) and the Council on Biblical Manhood and Womanhood (CBMW), among others.  These like-minded individuals keep together inside the perimeter of the circle and limit their interaction with the outside world, which is comprised of both Christians and non-Christians.

In case you haven't noticed, we have a vast array of readers and commenters here at TWW.  They range from strong brothers and sisters in Christ to agnostics and atheists.  We are amazed that we have loyal readers who once professed to be Christians and enjoy reading our faith-focused posts.  When they comment, we respect their opinions, although we might disagree.

What happens to those who post challenging comments on a number of blogs linked to The Gospel Coalition?  Often, they get deleted!  We have had a number of commenters testify that they posted comments on various TGC blogs, only to have them subsequently removed.  Some commenters have been banned.  So much for being missional. . .

In this post and the next, I plan to focus specifically on The Gospel Coalition, which is one of the driving forces behind the Calvinista movement.  About nine months after we started blogging, I investigated a relatively new organization, and here is a portion of what I wrote:

"First there was the Rainbow Coalition, founded by Jesse Jackson in 1984. Then we had the Christian Coalition organized in 1991 by Pat Robertson. Now we have the Gospel Coalition established by Don Carson and Tim Keller in 2007. When the average person hears the word “coalition”, this will likely be their thought pattern…

As background for understanding the formation of The Gospel Coalition (TGC), we highly encourage you to read Colin Hansen’s article entitled: “Young, Restless, Reformed: Calvinism is making a comeback — and shaking up the church” , which was featured in the September 2006 issue of Christianity Today.

Dee and I are faithful subscribers to Christianity Today (CT), and I will never forget the day Dee called and said that her CT magazine had just arrived in the mail and that I really needed to read Colin Hansen’s article. She and I didn’t know that much about Calvinism in 2006, and we had absolutely no idea that we would get sucked into learning about Reformed theology through a very bizarre set of circumstances. When I first read “Young, Restless, Reformed”, I’ll confess … I didn’t understand it. I recognized a few names mentioned in the article (John Piper, Al Mohler, and R.C. Sproul), but that was about it. Who were C.J. Mahaney and Mark Dever?

Two years later, EVERYTHING changed! Dee and I began to do extensive research on trends within Christendom, and the light bulb came on, so to speak. Everything became VERY CLEAR! One of the reasons The Wartburg Watch exists is because we are terribly concerned that this Reformed crowd is causing deep division within the body of Christ. We cannot stress this enough. Colin Hansen wrote another CT article entitled: “Tethered to the Center” which was published on October 17, 2007. Hansen explains that The Gospel Coalition was launched in May 2007 with a conference headlining D.A. Carson, Tim Keller, and John Piper. It took place in the chapel at Trinity Evangelical Divinity School (TEDS).

According to the CT article, the 500+ attendees were invited by word-of-mouth because the organizers “wanted to test their ideas on a relatively small, friendly group.” According to the article, TEDS initially funded The Gospel Coalition, “but the stakeholders’ churches paid back the seminary. The coalition has also received a substantial grant from the Carl F. H. Henry Center for Theological Understanding at TEDS.” Hansen writes: “This new group, spearheaded by 40 stake-holding theologians and pastors, has big goals. They want nothing less than a renewed evangelical commitment to core confessional beliefs. And they have the strategy to match their ambitions.” The Gospel Coalition is made up of a diverse group of theologians, including some familiar names (if you’ve been keeping up with our blog)…

There is so much more to say about The Gospel Coalition and the Calvinistas who support it. We have focused quite extensively on some of the ring leaders of TGC in previous posts. As previously stated, we believe the Calvinista movement (not to be confused with the real Calvinists who are tolerant of differing beliefs regarding God’s sovereignty verses free will) is causing great damage to the body of Christ by pitting Christian against Christian. It seems to be a tool Satan is using to bring about disharmony in God’s family, and we are very saddened by it all."


Five years have passed since The Gospel Coalition was established, and in recent days we have begun to see the underbelly of this organization.  Just to reiterate, Dee and I were chatting on the phone on Monday about the post she was writing.  We had observed the growing friendship between John Piper and Doug Wilson (who came and spoke at the 2012 Desiring God Pastors' Conference) and the numerous posts over at TGC's website either by or about Doug Wilson.  Several have appeared recently.  Dee and I agreed that she needed to link to one of these posts to show that TGC  holds Doug Wilson in high esteem.  She was in a hurry to finish the post that afternoon, and she quickly linked to a post written by Jared Wilson.  Dee confessed that she did not take the time to read Jared's post; however, some of our astute readers did.  They went over to Jared Wilson's blog and challenged him on his quip about husbands 'conquering' their wives.

It seems that Dee's link to that post and Wade Burleson's related article brought some unwanted attention to Jared Wilson's blog (which is linked to TGC's website) as well as and The Gospel Coalition.  We now see the inclusion of that link as "providential".  It certainly appears to us that Almighty God wants us to discuss these serious matters, and MANY are chiming in.

I have had a wonderfully busy day with both of my daughters who have needed my help, and I am burning the midnight oil.  You will not want to miss the upcoming installment which will focus on how Jared Wilson's post about Doug Wilson has gone viral.  It appears that we are reaching a tipping point, and Dee and I believe Christendom will be the better for it.