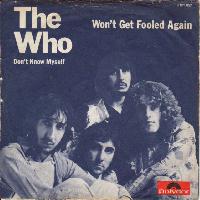 Several months have passed since we last focused on Sovereign Grace Ministries.  SGM, perhaps more than any other ministry espousing reformed theology, has held to STRICT complementarianism.  Could it be that what has happened in SGM is merely a foreshading of what is to come in other like-minded ministries?

For those who may be unfamiliar with SGM and what has occurred in this ministry, I highly recommend reading our post Mahaney / SGM – Unprecedented Rescue by the SBC?

It will clue you in on the strong ties between C.J. Mahaney, Al Mohler, and Mark Dever.  There can be no question that Mahaney has Mohler to thank for rescuing him from a desperate situation.  Last April we featured a post entitled AOR Report – Just How Unhealthy Is SGM?

The Ambassadors or Reconciliation (AoR) were hired by the SGM Board to render an 'impartial' assessment of Sovereign Grace Ministries.   AoR delayed issuing its report and released it just prior to the Together for the Gospel conference held in April.  From what we understand,Ted Kober of AoR met with SGM leaders in Louisville.  Does anyone know whether there was an Ambassadors of Reconciliation booth at the T4G bookstore?  Were Kober and Co. there peddling their services to all the pastors in attendance?

The AoR report was woefully lacking, and it's fairly obvious that they did not want to bite the hand that was feeding them.  Here are a few highlights from their report:

"Because we met with such a small percentage of members (less than 1⁄2 of 1%), our observations may not accurately reflect the entire association of churches. Nevertheless, we offer these observations as part of our report." Ambassadors of Reconciliation Report, page 13

After reading the report, I understand why so many did not meet with the Ambassadors of Reconciliation. For those who did come forward, here is what AoR representatives reported:

"Those most upset displayed to us anger or bitterness or hatred toward SGM and their former church leaders for events that took place ten to fifteen years ago. Some were so hurt or angry that they displayed tears, raised voices, clenched fists, and other physical demonstrations of anger. As we talked about bitterness or anger, several responded with raised or strained voices to our team members insisting that they were not angry or bitter." (p. 18, AoR Report) "Of the 250 different individuals that provided input to AoR, about half were estimated to be no longer directly associated with SGM. These included past SGM leaders, pastors, and members of SGM churches. Considering that SGM has approximately 28,000 people in its churches, AoR received direct information from less than one half of one percent of the total current membership. Accordingly, AoR was unable to conclude that the input it received accurately reflects the majority of viewpoints from people currently in SGM churches." (p. 5, AoR Report)

In that post, we analyzed AoR's findings about SGM in light of questions Ronald Enroth poses in his book Recovering from Churches That Abuse, Grand Rapids, Michigan, Zondervan, 1994.  Here is a list of those questions that helps one determine whether a church is healthy or unhealthy?

1. Does a member’s personality generally become stronger, happier, more confident as a result of contact with the group?

2. Do members of the group seek to strengthen their family commitments?

3. Does the group encourage independent thinking and the development of discernment skills?

4. Does the group allow for individual differences of belief and behavior, particularly on issues of secondary importance?

5. Does the group encourage high moral standards both among members and between members and non members?

6. Does the group’s leadership invite dialogue, advice and evaluation from outside its immediate circle?

7. Does the group allow for development in theological beliefs?

8. Are group members encouraged to ask hard questions of any kind?

9. Do members appreciate truth wherever it is found even if it is outside their group?

10. Is the group honest in dealing with nonmembers, especially as it tries to win them to the group?

11. Does the group foster relationships and connections with the larger society that are more than self-serving?

In recent weeks, Sovereign Grace Ministries has relocated to Kentucky.  Church planting certainly seems to be their focus, and it will be interesting to see whether there is a merger in the works between SGM and Sojourn Ministries.

Jim over at SGM Refuge has just provided an update about what is happening in SGM, and we thought we would share that information with our readers.  Jim's post includes excerpts from a post over at sgmnation entitled What the SGM Polity Process Tells Us About SGM.

Phil Sasser, pastor of Sovereign Grace Church in Apex, North Carolina – the SGM church Dee and I attended  to hear C.J. preach – serves as SGM Polity Chair.  He sent a letter to SGM pastors last month that states, in part:

We have been encouraged by your response to the planned polity presentations in Louisville next month.  Several pastors have indicated a desire to make a presentation, and we are looking forward to hearing from them.  Many more have expressed a desire to listen to the polity presentations.   In light of this, Tommy Hill and the SGM staff have found a suitable venue to accommodate additional seating for these presentations at the Legacy Hotel. As previously announced, the polity presentations will take place on July 10-11 and July 24-25.  These presentations are only open to SGM pastors, the Leadership Team, and staff supporting the Committee. The Polity Committee has set aside two additional days (July 12 and July 26) in order to discuss and process what we’ve heard from you; these meetings will be with the Committee members only. SGM Board members have been invited to sit in on the Committee’s meetings, but only to listen. The presentations will begin at 8AM on July 10, so if you’re planning to attend we’d recommend you arrive in Louisville on the evening of July 9. At this point, we will assume that the July 24-25 meetings will have the same start time. If you wish to make a presentation, please send me your paper and indicate that you would like to present; and I will put you on the schedule. If you have a preference for when you would like to present, let me know and I will try to accommodate your request. Of course, you may elect to send a paper without actually making a presentation if you so desire… The Committee members will seek to make themselves available to talk to any Sovereign Grace pastor at any point in this process. The Committee’s work of formulation and writing will likely not begin until early August. We realize that we have established an aggressive timeline. At the same time, we are committed to doing a good job. If upon further review, we do not think that we can meet our objectives by the fall of this year, we reserve the right to adjust the timeline. Please know that we will do our very best to serve you in this process."

Here are two EXCELLENT observations (among others) over at sgmnation that have been made in response to Sasser's letter:

"Truth be told – there was far too little time given to allow pastors to even consider the topic of polity in a meaningful way, much less, give themselves to study or write a paper. It's either poor management or cleverly designed process to minimize opposing views."

"SGM procrastinated on the polity issue for years and now they want to wrap it up in a matter of days, months… this is absurd – there's too little time for them to be in a hurry over something as important as this. This is about control – asserting it, maintaining it and propagating it for the next phase of SGM."

In case you're wondering what C.J. is up to, you might be interested to know that he will be returning to Kevin DeYoung's church this weekend to deliver the message on Sunday.  He has aready preached there several times in the past.  Of course, you remember Kevin DeYoung… one of the review panel members who judged C.J. fit for ministry (along with Carl Trueman and Ray Ortlund).  For details about Mahaney's appearance at DeYoung's church, please consult Together for the Non-Sense.

C.J. Mahaney's reputation is being rebuilt by all of his YRR colleagues, and many inside and outside SGM are sitting idly by and just watching it happen.

It's confession time . . . Dee and I got fooled by Mahaney and gang last summer.  As soon as we realized we had been bamboozled, we admitted it in this post (written exactly one year ago tomorrow) – Hoodwinked by Mohler and Mahaney.

We won't get fooled again!  Meet the new boss, same as the old boss...