Complementarianism is the theological view that although men and women are created equal in their being and personhood, they are created to complement each other via different roles and responsibilities as manifested in marriage, family life, religious leadership, and elsewhere. It is rooted in more literal interpretations of the Creation account and the roles of men and women presented in Scripture. It is also known as the Traditionalist or Hierarchical view. 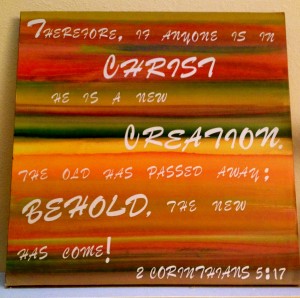 A Note to my wonderful daughters

Both of you have been such a joy, and my life would not be complete without you.  I am so grateful that you are walking with the Lord and pursuing your faith.  Because you are now grown and may someday marry that special someone, I want to take this opportunity to share my heart regarding the wonderful institution of marriage.

Around the time that your father proposed to me, there was a clandestine gathering in Danvers, Massachusetts, which just happens to be near Dee's hometown of Salem.  These men (and a few women) took it upon themselves to define marriage for the rest of us.

As you know, your dad and I have always enjoyed our egalitarian marriage, which was at your father's insistence.  As we approach our silver anniversary, I can honestly say that our marriage has gotten stronger with each passing year.  We are more in love today that when we exchanged our vows in Duke Chapel.  If at some point you decide to wed, my desire for you is that you would find a husband who has the same wonderful qualities as your father.  He is truly an inspiration to me, and I am so proud to be his wife.

As your mom, I am deeply concerned that you may be influenced by those who are pushing "biblical manhood and womanhood" (also known by that made up word complementarian) onto the Christian world.  I find it highly offensive that they would characterize my marriage as "unbiblical" (keep in mind that I have continually been a stay-at-home wife and mother beginning very early in our marriage).

I want you to be aware of the arguments by those who espouse complementarianism so you will not be caught off guard.

First of all, complementarians claim that Christians have been influenced by feminism over the last 30 to 40 years.  As you (my daughters) know, I am NOT a feminist, and my positions have not been shaped by feminism.

Complementarians point out that whenever Jesus and Paul describe marriage, they go back to Genesis 1 and 2 (prior to the fall in Genesis 3).  They use the pre-fall, monogamous union of one man and one woman and specific roles given in the garden as the basis for biblical manhood and womanhood.  They claim that specific roles were given to husbands and wives in the Garden of Eden and that marriage is meant to be a display of the Gospel to the world with the husband representing Jesus Christ and the wife representing the church.  Furthermore, complementarians believe the ordering of leadership in the church has to reflect the ordering of leadership in the home.

In the complementarian/egalitarian debate, here are several often quoted verses:

Shortly after this verse in 1 Corinthians, "headcoverings" are discussed.   Apparently, not all scripture is meant to be followed, otherwise, all Christian women would be wearing headcoverings during worship.

I want to leave you with what Chaplain Mike, blogger on the Internet Monk website, had to say in his post Complementarianism is a Sham.  He stated:

"In terms of practical day to day roles and tasks, in Christ, we are free to organize and live out our family lives as we choose, within the context of the Gospel and the virtues of new life the Spirit produces within us."

There are many strong Christians who believe as Chaplain Mike does, including your mom and dad.  We have received feedback from real people who followed the complementarian model of marriage, and it ruined their relationships.  Should marriage be God's will for your life, please please listen to that still small voice instead of these over-zealous leaders who espouse complementarianism.  Your mom and dad are living testimonies to the success of an egalitarian relationship.  Always keep Jesus Christ the Lord of your life, and the Holy Spirit will be your guide.

Here is a wonderful reminder of God's grace in your life.  Never, never allow the chains of complementarian (which I believe are patriarchy in disguise) to bind you.

(Jack – this song is dedicated to you.)