The gospel of a broken heart demands the ministry of bleeding hearts…We can never heal the needs we do not feel. Tearless hearts can never be heralds of the passion. We must pity if we would redeem. We must bleed if we would be ministers of the saving blood.   Dr. John Henry J. H. Jowett 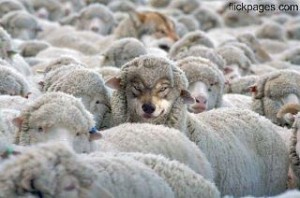 Today I had the distinct pleasure of meeting one of our readers, Eagle, as he was traveling through North Carolina. We had an awesome time, sharing about faith, pain, grace and redemption. When I hear of Christian leaders downplaying the possibility of Christian fellowship via the web, I realize how provincial they are. There is a big world out there, filled with wonderful people and today I met one of them.

Once again, we are pleading with the church of Jesus Christ to change business as usual and deal with  sexual abuse in an open, honest, (and to draw in the Calvinistas) gospel fashion. The following template is born out of several years of both personal experience and learning of the experiences of families affected by this horrific sin. We ask our readers, many of whom have experienced abuse, to add their thoughts in this matter.

1. Criminal background checks should be mandatory for all church employees and volunteers.

This should be expected of all churches. In fact, I would not attend a church who did not do this as a matter of routine. However, all churches should understand that these checks only catch those who have been convicted.

2. The police must be notified whenever the possibility of pedophilia exists.

Parents should first report the incident to the police. Rapid input is required to prevent further molestation within the church. Church leaders and members are not trained to determine whether or not an incident constitutes abuse. Most police departments have trained personnel who can assess the situation.

I know of one incident in which a teen reported bizarre behavior on the part of a church volunteer. The church chose to ignore it, calling it "locker room behavior". That pedophile went on to horribly abuse a number of teens for another year until he was caught by police. Many boys deeply suffered at the hands of this pedophile who is now in jail. The church has never apologized to the young man who made the initial report.

3. Leave any church which does not encourage a parent or worker to notify the police.

If a church wants to handle this via "Matthew 18", people are dealing with a church which wishes to cover up the incident. This is blatant misuse of Scripture. Matthew 18 has become the go to verse by many churches who wish to avoid dealing with serious issues.

We are to obey our government. Our government says that pedophile behavior is illegal and must  be punished. Any pastor or leader who says otherwise is disobeying Scripture and should be ignored.

4. Never, ever blame the victim for the abuse.

On Wednesday we will discuss how a 14 year old child was made to repent for allowing a doctor on a mission field to molest her. The young man that I mentioned above was "interrogated" by a terribly deceived ( I am using this word for a purpose) elder who asked him "Didn't you know this was wrong? Why didn't you tell anyone?" We even had someone  call a 10 year old victim, in the Tom White situation,a "Jezebel." This is despicable and shows a warped view of molestation.

It is ALWAYS the fault of the adult, the one in power, for the rape. When one blames the victim, one is revictimizing the hurt child. This is despicable and sinful. Jesus warned us of the severity of punishment that awaits those who would cause a child to stumble.

Several years ago, I consulted SNAP, the Survivor's Network of those Abused by Priests, link to assist me in understanding how to handle a pedophile situation in a church. Barbara Dorris, one of the directors, gave me the best piece of advice which I have used in many situations. She said, "Always keep the victim (s) face(s) in front of you. You are doing this to help them. Do not get bogged down in other issues."

That is why we have a a Prime Directive here at TWW. You can find this under The Basics page. It says: "This is the most important term on our blog. Violators of this directive will be looked upon as ideologues, pumping up their particular idol- be it theological or human. This directive states the following: All commenters must acknowledge the pain some people have experienced at the hand of pastors and churches which overemphasize a particular doctrine  or which apply harsh and capricious discipline. TWW exists, in part, to provide understanding in this area. We are dead serious about this (even though it is based on a concept from Star Trek). "

6. The leaders must focus on the victim and leave the "reputation" of the church up to God.

7. Do not expect the victim or the victim's family to forgive immediately.

True forgiveness takes time. This is a horrific crime which deeply impacts the family and the child.  May I make the observation that anyone who "forgives" immediately is most likely doing so under duress, usually at the hands of misinformed church leaders. Forgiveness in such situations could take years.

And while they are recuperating, do not call them bitter. Who would not be upset if their child was raped? Ask yourself this question. If you were molested and raped, would you be angry? Sometimes I wonder if our wish for quick forgiveness is because, deep down insid,e we are uncomfortable with anger and pain and want it over with as soon as possible. As one shallow person said to me about the molested boys, "I don't feel called to help them." That's baloney. She just didn't want to deal with it. It was too "uncomfortable." Are we willing to be uncomfortable for one another.

8. Be very cautious about overly focusing on support for the pedophile.

We have seen a number of churches which appear to focus on "helping" the pedophile to the detriment of supporting the victim. Several leaders have said to me that "there will be many pedophiles in heaven." This focus can appear to make the pedophile, who has terribly harmed a victim, a victim himself.Never forget that this pedophile has committed a heinous act. Actually he probably committed many, many heinous acts. The true victims are often marginalized while the pedophile receives visits from the pastors and leaders.

9. Do not isolate the victim and the victim' s family. Do not blame them for the pedophile's arrest.

I am shocked at the number of people who have been avoided by members of the congregation. Others have felt they were blamed for making the pedophile, often a well liked church member an issue. Many victims have even been accused of making up the story!

10. Appoint some members of the church to love and support the victim and family.

Churches do a good job of supporting those families who have new babies or a serious illness. Meals are prepared, houses are cleaned, babysitting help, lawn mowing, etc. are often provided. Why is this not available to those who have been through pedophilia?  Make sure it does.

11. The pastors should talk to the church members about showing love and concern for those victimized.

Many people feel awkward in dealing with the family. Perhaps a counselor could assist the pastor in making such a presentation to the church.

12. Do not become angry if the victim and family ask to be left alone. Keep checking on them.

This is a normal response which often lasts just a short period of time. The pastor should make regular contact with the family in order to ascertain when, and if, the family would like support.

13. The congregation should be warned as soon as possible about the abuse.

Parents have the right to know that a pedophile has been in their midst. They should be alerted immediately so they can interview their own children.

14. Do not believe  pedophile who "repents" immediately.

It is important to understand that many pedophiles only show remorse when they are caught. Many claim to be sorry but the recidivism rate is very high. True repentance is shown over time. I saw a well-known local pedophile in a local church. He was wandering around the building I spoke to the pastor about it. He said he was told that the pedophile had repented and was no longer a risk. This man had molested his own children and others for 30 years and spent about 18 months in the clinker. He was told he could not live near children. he found an apartment which was barely two feet over the legal line from a local school. Yet the pastor believe that such a man was now walking the straight and narrow. That pastor, and his leaders, are deceived and naive.

15. Leave any church which refuses to listen to women because "they are easily deceived."

This doctrine is one of the most deceptive teachings found in fundagelical churches today. One only needs to see that men (since women are not allowed in leadership) have mishandled the number of  pedophile incidents that we have reported at TWW. Our blog has proven that these men in these church are gullible and easily deceived.

We sincerely believe that this doctrine exists to marginalize more than 50% of the body of Christ who have the ability to spot and report pedophile behavior. Any church which espouses this doctrine is a very dangerous environment. We question the motivation behind such a belief and wonder if the churches which teach it do so because the leaders are attempting to "cover up" sin the leadership.

On Wednesday, we will report on an explosive and grossly mishandled pedophile situation by a mission agency. On Thursday, we plan to focus on the "women are gullible and easily deceived" doctrine and show how this dangerous belief creates unsafe churches.

May God have mercy on the church for allowing the pain and suffering of our children to continue.